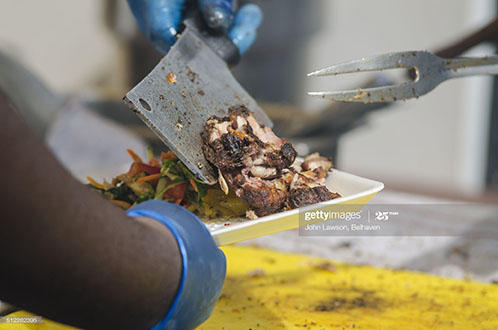 News Americas, NEW YORK, NY, Fri. May 8, 2020: Afraid to go out but craving Caribbean food in a major US City? We have got you covered. Here are the top-rated Caribbean restaurants in 12 major US cities across the country according to Grubhub users. Just hop over there and place your order if you live in these cities, but be sure to order at least an hour ahead.

In Chicago, check out Jamaica Jerk Villa Bar & Grill which has received four out of five stars, the most for any Caribbean restaurant in that city. Check out the jerk chicken dinner, jerk wings, the jerk catfish, and the oxtail.

In Philadelphia, you may want to hit up Morgan’s Caribbean Restaurant which received 4 out of five stars as 89 percent of people raved about its jerk chicken, oxtail and brown stew chicken platters.

In Miami, fans are singing the praises of Griot 305 which has gotten 4 out of five stars as well for its fried pork, fried turkey and stewed vegetables with meat among other dishes.

In Boston, check outSingh’s Roti Shop which has gotten4-and-a-half-stars as well for dishes such as its vegetarian roti dinner as well as its boneless chicken roti, jerk chicken roti and oxtail roti.

In LA, The Jerk Spot is all the rave for its speciality – jerk chicken of course. The Jerk Spot has gotten 4-and-a-half stars out of five from 779 reviews with 94 percent saying the food is definitely good.

In Baltimore? Link up with West Indian Flavor which has secured a four-star review from those who have ordered here, especially for its jerk chicken and Curry Chicken Buss Up Shut meals.

In Houston, TX, check out the four-and-a-half-star-rated Island Flavorz for its stewed chicken, oxtail and more.

Rock Steady Jamaican Restaurant has gotten a four-and-a-half-star review for its meals which include top menu items like jerk chicken and brown stewed chicken.

In Manhattan, NYC, check out the 4-and-a-half-star-rated Guantanamera for excellent Cuban cuisine, including the famous Cuban sandwich, empanadas, tostones and ropa viega.

Ordering in, in Brooklyn, NY?  Check out the four-and-a-half-star rated  Fisherman’s Cove for its oxtail meal, stewed chicken and more.

How To Make Jerk Ice-Cream

How To Make Hot Cross Buns A La Caribbean