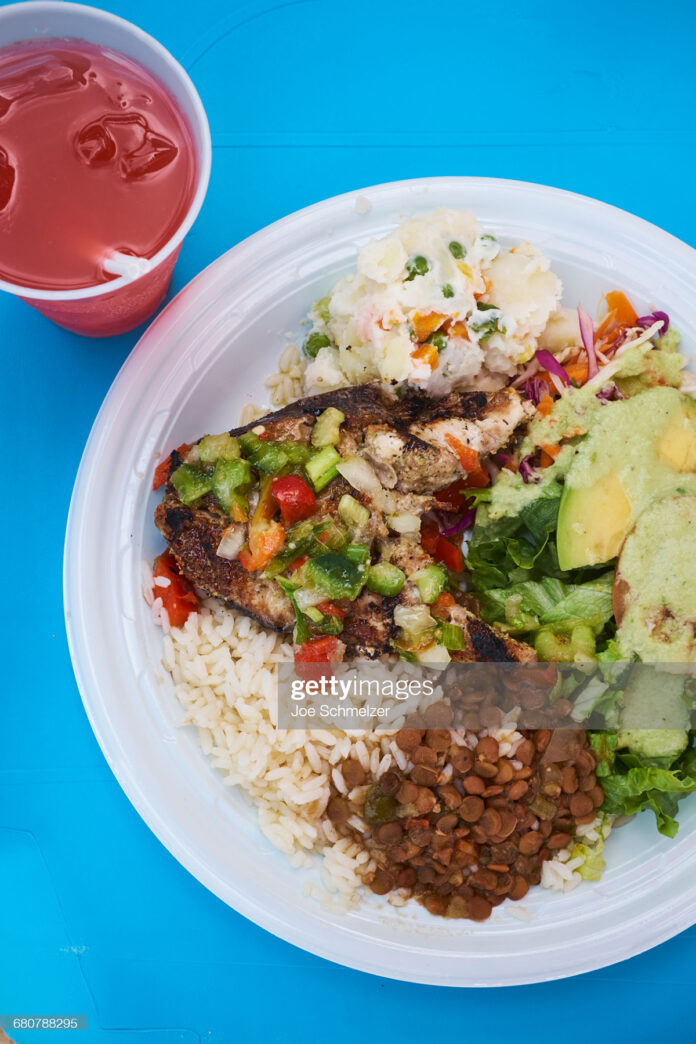 These varied culinary influences that span the globe, have helped to create a style of cooking that is not only flavorful and delicious, but also healthy, with its focus on fruits, vegetables, fish and beans.

Often associated with fruity flavors and tropical aromas, Caribbean cuisine is heavily influenced by its unique island setting. Caribbean cuisine makes the most of the islands’ plentiful ingredients such as, rice, sweet potatoes, coconuts, cassava, plantains, tamarind, mangoes and yams. With a wide variety of meat such as chicken, pork and goat, Caribbean nationals also have an abundance of seafood available to them with shrimp, lobster and conch being some of the favorites in this part of the world.

Caribbean cuisine is particularly known for its distinctive flavors, which are produced through a unique blend of spices and seasoning. The spiciness in many Caribbean curries, stews and sauces comes from one of its homegrown red peppers known as ‘Scotch bonnet’.

Famous for its signature jerk seasoning commonly used for chicken dishes, this popular marinade is rubbed onto meat and fish to give it its unique flavor. Jerk seasoning consists of a blend of three main spices: allspice, thyme and scotch bonnet and other ingredients that may include cayenne pepper, cloves, nutmeg, garlic, cinnamon, paprika and sugar.

Rice is one of the staple foods from the Caribbean, with each island having its own unique rice dishes. Coconut milk, beans or peas are often incorporated into many Caribbean rice dishes and are cooked in different ways depending on the region. Visit minuterice.com  for some rice recipes.

There are many mouth-watering dishes from the Caribbean which have made their way to the rest of the world. Some of the most popular dishes include the following:

Due to its reliance on fruit and vegetables, both raw and cooked, Caribbean cuisine is packed with nutritious benefits. Stews and curries usually contain vegetables mixed with spices, resulting in a hearty and filling meal that is low in calories.

Another reason the Caribbean diet is beneficial for health is because of its emphasis on spices rather than salt. Dishes are flavorful and aromatic due to the wide variety of seasonings added to the food.

With all of these wonderful flavors, we hope you will be inspired to add Caribbean cuisine to your diet.

How To Make Jerk Ice-Cream

How To Make Hot Cross Buns A La Caribbean