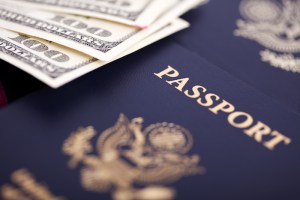 News Americas, NEW YORK, NY, Fri. Aug. 3, 2018: A Caribbean head of state of an Eastern Caribbean nation said this week he will be meeting with CARICOM level crime and security management agencies to discuss compliance with due diligence procedures for Citizenship By Investment, (CBI) programs, operated by other Eastern Caribbean countries.

The news comes as the Indian government is reportedly hoping the United Nations Convention against corruption will help them get Mehul Choksi, a co-accused in India’s PNB bank fraud, detained and brought back from his Antigua and Barbuda haven where he secured citizenship under the CBI program.

Grenada Prime Minister, Dr. Keith Mitchell is set to meet with the Joint Regional Communications Centre (JRCC) and the CARICOM Implementing Agency for Crime and Security (IMPACS) in his capacity as the new Chairman of the Monetary Council of the Eastern Caribbean Central Bank.

The meeting is in response to concerns about the perception that proper due diligence is not always enforced by all countries which operate such investment programs.

Dr. Mitchell said there are reports that applicants in some jurisdictions may be granted certificates of citizenship and passports without the proper checks being conducted by JRCC and IMPACS.

The prime minister noted that all representatives at the recent ECCB Monetary Council meeting said this does not happen in their jurisdiction. However, he said, “the fact is, the rumors exist, and they have to be addressed.”

“If it is not true, they must be confronted, simply saying it is not true is not enough,” he added. “We have to do more to protect the integrity of the CBI programs for the benefit of all of us.”

The meeting will allow representatives of JRCC and IMPACS to present the facts as they relate to compliance with established procedures for granting citizenship.

“If any one of us allows applicants to qualify for citizenship and receive passports without the regional checks being conducted, they will have the data and be able to present it to us,” the PM added. “The expectation is that countries would then confront their respective departments responsible for the CBI programs to address the matter accordingly.”

He also stressed the importance of maintaining the reputation of CBI programs because any discrepancies found within one program can impact the integrity of all the other programs operated regionally.