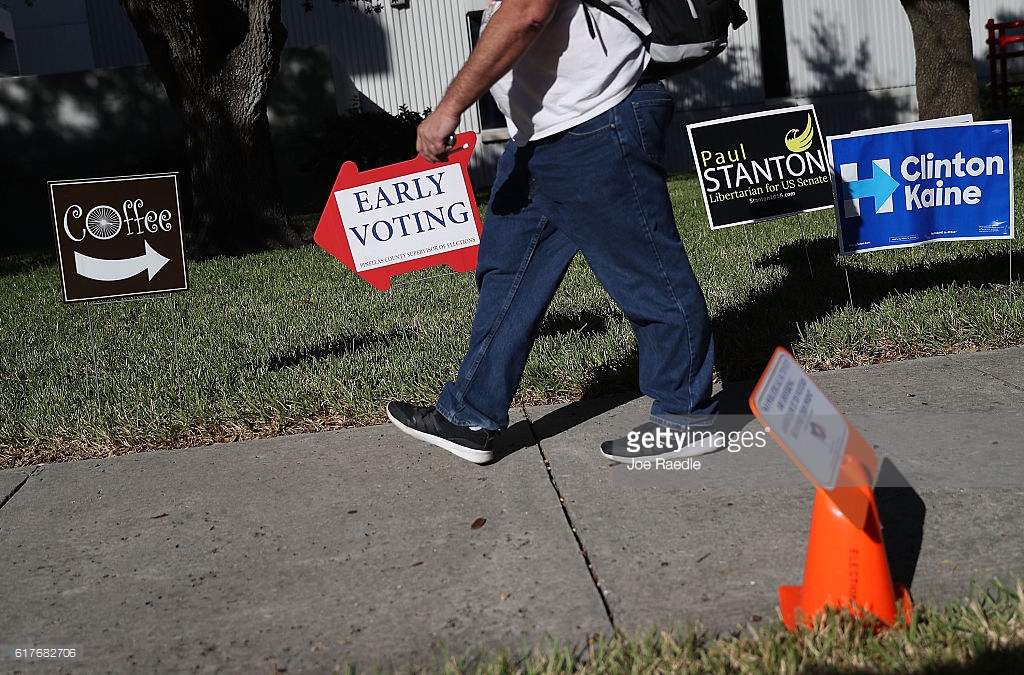 News Americas, NEW YORK, NY, Tues. Oct. 25, 2016: While the official U.S. Election Day is still 15 days away, more than 4 million voters, including several Caribbean Americans, have already cast early, absentee and mail-in ballots in several states in the 2016 US elections.

While the Caribbean immigrant voting bloc is not a pronounced as the Hispanic bloc nationwide, they are especially predominant in South Florida, where early voting began Monday.

Caribbean-born voter Lorna Tong Antoine told NAN last night that she voted in Lee’s County in Florida and was in line for about 40 minutes.

NAN publisher Felicia J. Persaud said she voted early in the Triangle area of North Carolina and the process was very simple and easy with little wait time outside the Board of Elections headquarters in Raleigh.

“There were a few small lines outside and inside the building but the process was quick and painless and paper ballots added to the simplicity of casting my vote,” she said last night.

Polling places began opening in Alaska, Arkansas, Massachusetts and Texas also on Monday. Oregon, Washington, and Colorado conduct their elections entirely through posted ballots. California and the District of Columbia allow their residents to vote early either in person or through the mail, while others allow only one method.
As of Monday, 27 states and the District of Columbia allow “no excuse” absentee voting for their residents.

Recent data from the Pew Research Center indicates that early voting totals this election may well swell beyond 50 million, the most ever. That would be a significant proportion of the overall voter turnout, which is estimated at 130 million ballots.

Data shows that Caribbean nationals from four nations in the region are more likely to be U.S. citizens than others. Cubans lead with over 1.1 million naturalized citizens followed by the Dominican Republic with 996,000 and Jamaica with 711,000.  Haiti rounded out the grouping with 617,000.

The Latest On The Coronavirus Pandemic In The Caribbean

Travel Pick Of The Day – Chile