News Americas, NEW YORK, NY, Fri. Mar. 17, 2017: Here are some of the major stories in photos making headlines in the Caribbean and Latin America this week. 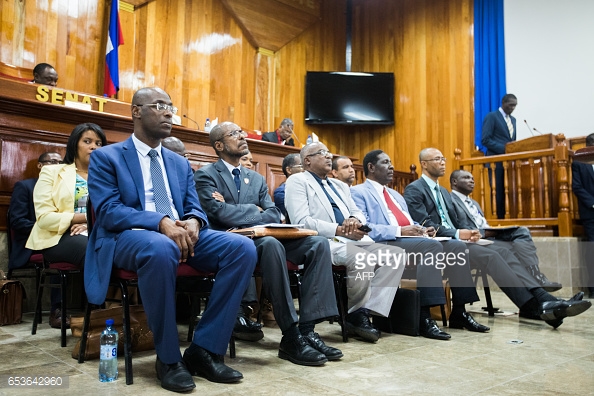 Membres of the new government appointed by Prime minister, Jack Guy Lafontant sit during a parliamentary session to confirm them in Port-au-Prince on March 15, 2017. The Haitian premier has chosen mostly political novices for the country’s new government, nearly three weeks after President Jovenel Moise appointed him to the post.Jack Guy Lafontant, a doctor who like Moise is new to the political scene, signed a decree Monday nominating of his 18 ministers, five of whom are women. / AFP PHOTO / Valerie Baeriswyl (Photo credit: VALERIE BAERISWYL/AFP/Getty Images) 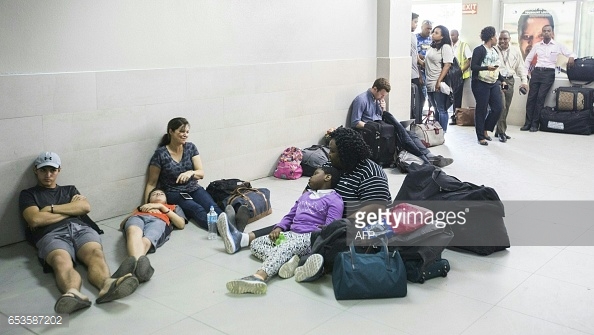 Port-au-Prince international airport was paralyzed Wednesday morning by a strike the security personnel launched without notice, asking for a raise of their wages. The departure of international and national flights’ were blocked for a 3-hour period. / AFP PHOTO / Valerie Baeriswyl (Photo credit should read VALERIE BAERISWYL/AFP/Getty Images) 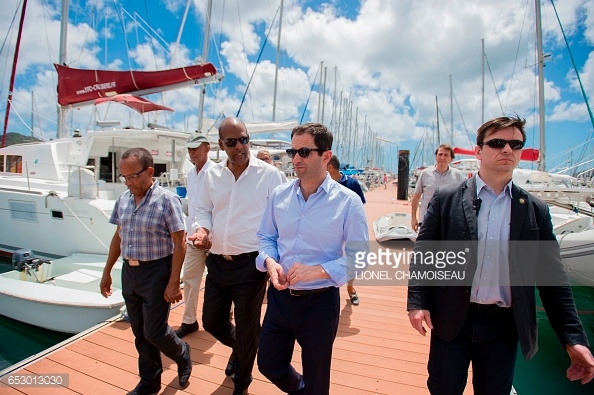 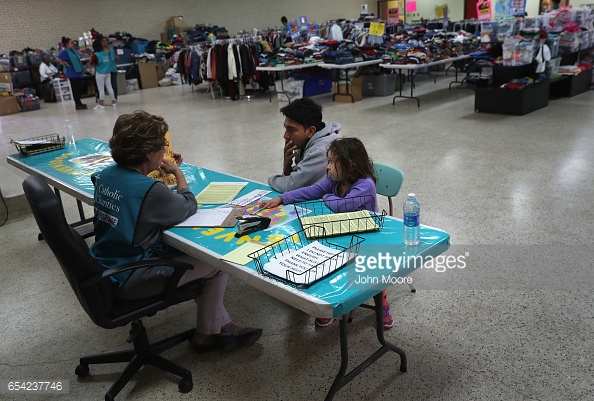 A Catholic Charities volunteer at the Immigrant Respite Center councils a father and daughter from El Salvador on March 16, 2017 in McAllen, Texas. The center, located in McAllen’s Sacred Heart Catholic Church recieved only 2 new arrivals during the day, a huge drop from last year, when sometimes hundreds of immigrants arrived daily. The father, a 29-year-old taxi driver from San Miguel, El Salvador, said that fewer undocumented immigrants are coming to the United States since Donald Trump became President because they fear they will be deported. He said he left his country to seek asylum and live with relatives in Indiana because the Salvadorian gang MS-13 demanded he pay $20 per week in extortion fees, or die. (Photo by John Moore/Getty Images) 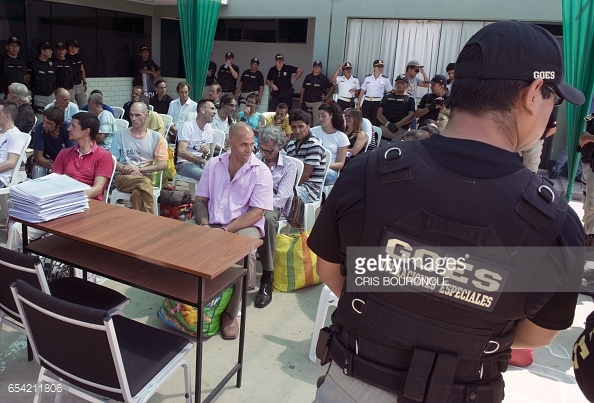 Spanish nationals, held as inmates in different penal institutions of Peru, await transportation to the airport at a police facility in Callao, outskirts of Lima on March 16, 2017. More than thirty Spanish inmates serving their sentence in Peru, seek protection on the grounds of a bilateral agreement between both nations to continue their prison time at home. / AFP PHOTO / CRIS BOURONCLE (Photo credit should read CRIS BOURONCLE/AFP/Getty Images)