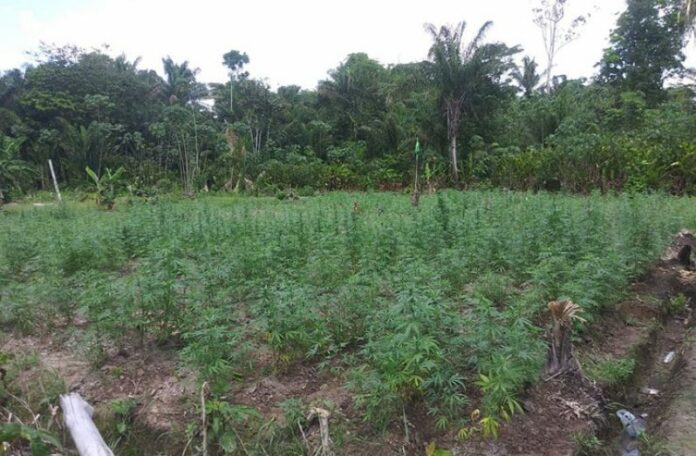 News Americas, GEORGETOWN, Guyana, Fri. Jan. 28, 2021: A bill that will allow any one in Guyana with less than 15 grams of marijuana to avoid jailtime has been released by the country’s attorney general and minister of legal affairs.

AG Mohabir Anil Nandlall has released the Narcotic Drugs and Psychotropic Substances Control Amendment Bill 2021, which will see sentences to counselling not jail for those with a small amount of marijuana.

Currently, possession of 15 grams or less could attract a trafficking charge with a prison sentence between three to five years, and a fine of no less than $30,000. The bill makes having up to 15 grams of cannabis an offence of simple possession.

An amount over 15 grams, but no more than 30 grams, will attract community service. This includes employment in a public work under the Extra-Mural Work Act for a maximum of six months.

The bill also increases the quantity of cannabis that would automatically attract a trafficking charge from 15 grams to more than 30 grams.

However, while the clause removes the fine and jail time for smoking cannabis in places where cigarette smoking is also banned, it imposes a $10,000 fine for a first offence and a $20,000 penalty for a second and subsequent offences.

The bill also caters for those instances where an offender may refuse to consent or breach an order of mandatory counselling or community service. The amended Act would grant the court the discretion to order the offender to pay a fine of $250,000 where it sees fit.

The amendments are meant to reduce the burden on the justice system, and also covers issues like recidivism and prison overcrowding. This would not only save the State money, but would also help to keep families together and rebuild communities affected and disadvantaged by the incarceration of persons, especially youth.

The bill will have to be entered in the Parliament and voted on before it becomes law but with a government majority, it seems likely to pass.