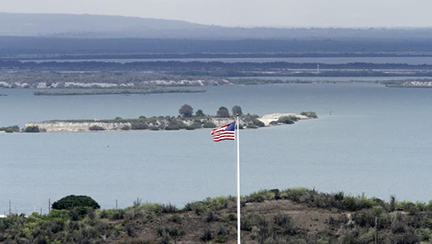 WASHINGTON, D.C., Tues. June 8, 2021 (Reuters) – The Biden administration is “actively looking” into recreating the position of a State Department envoy for the closure of the prison at the Guantanamo Bay naval base in Cuba, U.S. Secretary of State Antony Blinken said on Monday.

Set up to house foreign suspects following the Sept. 11, 2001, attacks on New York and Washington, the prison came to symbolize the excesses of the U.S. “war on terror” because of harsh interrogation methods that critics say amounted to torture.

Former Democratic President Barack Obama sought to close it, but that was reversed by former Republican President Donald Trump. Biden, who was Obama’s vice president, supports closing the detention center.

“I want to make sure that the department has what it needs both in terms of resources and personnel, and including someone who can focus on this full-time to do that, so we’re actively looking into doing that, yes,” Blinken told a hearing of the House of Representatives Foreign Affairs Committee.

Overall, about 800 detainees have been held at the U.S. military prison. Now, only about 40 remain and nine of those have been recommended for transfer to another country.