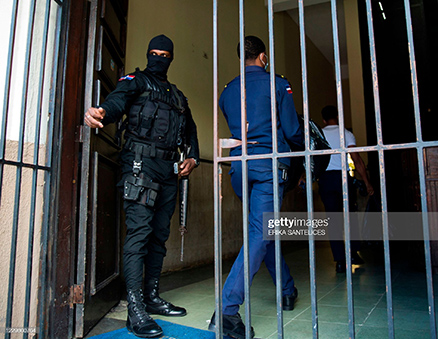 BOGOTA, Colombia, Fri. Jan 8, 2021 (Thomson Reuters Foundation) – The Dominican Republic needs to change its culture so that women are seen as more than housewives for this week’s ban on child marriage to work, girls’ rights campaigners said on Thursday.

The Caribbean nation has one of Latin America’s highest rates of child marriage and early unions – typically where a girl lives with an older man – according to the United Nations (U.N.) Children’s Fund, UNICEF.

“Child marriage and early unions are seen as normal in society. It is driven by machismo that sees the role of a women to be just a mother and wife,” said Rosa Elcarte, UNICEF’s representative in the Dominican Republic.

“Ending early unions will require years of work to change cultural norms,” she told the Thomson Reuters Foundation, adding this will involve working with men, children and their families to promote change.

More than a third of women aged 20 to 24 were married or in an informal union before they were 18, government figures show.

The U.N. says an estimated 12 million girls globally are married every year before the age of 18 which adds to health, education and abuse risks, and increases the chance of intergenerational poverty.

This figure is set to rise as deepening poverty caused by the new coronavirus pandemic could push more parents to marry off their daughters early, undoing decades of work to end child marriage.

Sonia Hernandez of the rights group International Justice Mission (IJM), which campaigned for the ban on marriage for under 18s in the Dominican Republic, welcomed President Luis Abinader’s decision to sign the bill into law on Wednesday.

“Our girls and adolescents will be protected … and cannot be forced into marriage in their childhood or adolescence, which in the past was often carried out by parents and legally allowed,” said Hernandez, an associate director with IJM.

UNICEF’s Elcarte said that girls need to be supported to stay in school and find work to break the cycle of poverty that fuels child marriage.

“Girls need to have alternative offers that becoming a mother is not their only plan in life. They have to be given job opportunities,” she said.

A 2017 report by UNICEF and the World Bank showed that banning child marriage and early unions in the Dominican Republic would decrease the country’s poverty rate by 10%.

“The enactment of this law will help to directly increase the opportunities for girls’ human development (and) to diminish the cycle of poverty,” said Virginia Saiz, head of girls’ rights group, Plan International, in the Dominican Republic.

China’s foreign minister on a round of Latin America to prepare president Xi’s …...