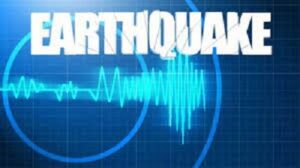 The Seismic Research Centre at the University of the West Indies, St. Augustine campus says that several tremors rocked areas in the north-west part of the country shortly after 3 a.m. The 3.9 magnitude quake, which occurred off the northeastern coast of Venezuela, was recorded at 3:18 a.m. and was located at a depth of 78.35 kilometres on Sunday.

Residents on the islands of Monos and Chacachacare off the north-western tip of Trinidad reported tremors but no real damage was reported.

Located at Latitude 10.93 degrees north and Longitude 62.26 degrees west, it was felt most strongly in Venezuela in the areas of Macuro and the Parque Nacional Península de Paria.

US Warns Against Travel To Three More Caribbean Nations