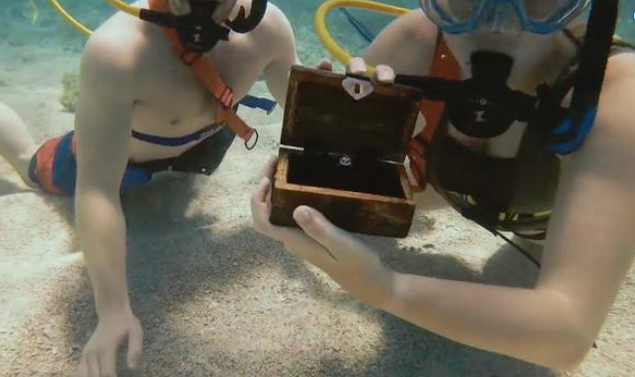 News Americas, NEW YORK, NY, THURS, MAY 30, 2019: Here are the top news making headlines from the Caribbean, Latin America and their Diasporas for this Thursday morning, May 30, 2019:

An adventurous boyfriend pulled off an incredible underwater proposal while vacationing in the DR. Travis Grenier and Kenna Seitz were 30 feet deep when he popped the question. On the sand below the couple was a tiny treasure box. Seitz was shocked to find an engagement ring inside.

The couple hugged, and Grenier threw his hands up in joy. After Grenier slid the ring on his new fiancee’s hand, she quickly removed her mouthpiece to give him a smooch under the sea.

A Guyanese woman living in Rosedale, NY burnt herself alive in her back yard after a battle with depression. Dead is Shamwatie Loutan, a mother of three who had been awaiting the final decree in a divorce from her husband of more than 20 years. Reports indicate she set herself ablaze in the backyard of her home. First responders pronounced her dead at the scene.

The Bermuda government has been given permission to take its bid to outlaw same-sex marriage to the Privy Council in London.

Daniel Rose, the nephew of Buju Banton who was charged with shooting with intent was yesterday freed in a Jamaica court.

CARICOM leaders are among those expressing sadness at the passing of Jamaica’s fifth Prime Minister Edward Seaga.

The National Weather Service has issued a Flash Flood Watch across the BVI, USVI and Puerto Rico through tonight, May 30th.

An 18-year old Belize man has been charged for raping a minor on 8 separate occasions.

A Japanese man has died on a flight from Mexico City after ingesting 246 bags of cocaine.

And former West Indies cricketer Shivnarine Chanderpaul says he is “alive” after a Canadian report that he had died in Toronto.