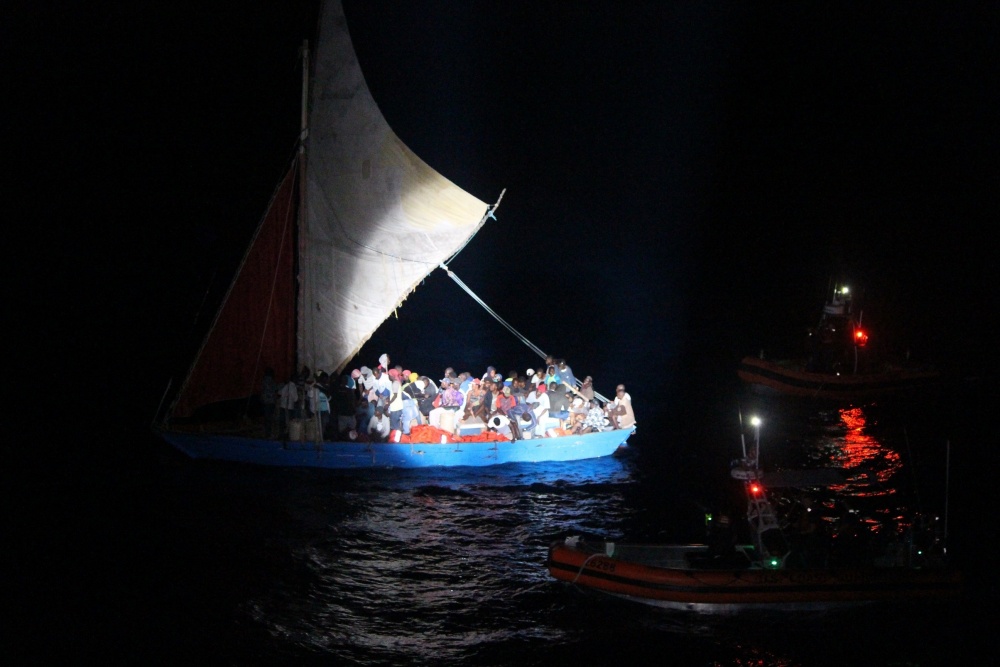 The repatriation is a result of an interdiction conducted by both the U.S. Coast Guard and Cuban Border Guard, in which the vessel was intercepted with 127 Haitian migrants. The crew of the Coast Guard Cutter Reliance located an overloaded 70-foot sail freighter Saturday approximately 20 miles off the northeast coast of Cuba.

The Reliance crew launched their Over-the-Horizon small boat to assist the migrant vessel taking on water. The small-boat crew transferred 50 Haitian migrants to the cutter. The other 77 migrants refused lifejackets and the vessel entered Cuban Territorial Seas. The Cuban Border Guard took custody of the remaining 77 migrants.

“This case is one of many inherently dangerous voyages interdicted this year in the unforgiving waters of the Caribbean Sea and Florida Straits,” said Lt. Cmdr. Jeremy Montes, 7th District duty enforcement officer. “These ventures are ill advised because they place the people aboard in grave risk of injury or death due to the unsafe loading of the vessel and lack of adequate lifesaving equipment. The Coast Guard and our partner agencies continually monitor the maritime border of the U.S. to deter, detect and rescue migrants who embark on illegal and life-threatening voyages.”