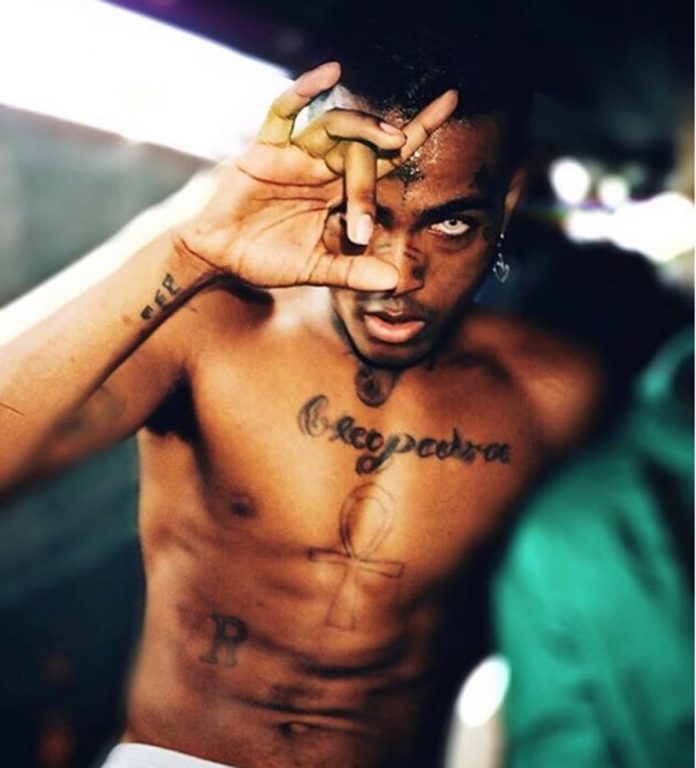 The rapper, born Jahseh Dwayne Onfroy, was reportedly shopping for a motorcycle at 3671 N. Dixie Highway in Deerfield Beach around 4 p.m. yesterday, the site of RIVA Motorsports when two gunmen ran up to his black BMW and at least one of them fired, Keyla Concepcion, a spokeswoman for the Broward Sheriff’s Office, said.

The motive appears to be a robbery and the suspects fled in a dark-colored SUV, Concepcion added.

Onfroy was taken to Broward Health North in Deerfield Beach, where he was pronounced dead, authorities said.

The 20-year-old rapper rose to fame while posting raps online from his bedroom on the audio distribution platform SoundCloud in June 2013. Onfroy released his debut album, 17, on August 25, 2017. This March, he released his second album. His singles “Sad!” and “Changes” peaked at 7 and 37, respectively the Billboard Hot 100.

XXXTentacion was born to Jamaican immigrant parents Dwayne Ricardo Onfroy and Cleopatra Bernard. He has three siblings with one being half, shared paternally. Onfroy was mainly raised by his grandmother, Collette Jones in Pompano Beach, Florida and Lauderhill, Florida.

When Onfroy was six years old, he stabbed a man attempting to attack his mother and was eventually put into a youth program before being forced to live with his grandmother.

His interest in music initially started after his aunt persuaded him to begin attending school choir and later church choir. In 2013 he launched his musical career, inspired by both rock and rap.

XXXTenatcion has made headlines not only for his successes but also for a string of legal problems stemming from a 2016 domestic violence arrest.

The rapper, accused of beating his pregnant girlfriend, was slapped with 15 new felony charges in December, including witness tampering and witness harassment.

Prosecutors reportedly believe the rapper — by way of recorded calls he made in jail — attempted to coerce his girlfriend into dropping her case against him.

He served a brief stint in jail in December before he was released on house arrest. A judge in March granted his request to be freed from house arrest in order to take his music on tour.

The rapper’s music also made waves last month after Spotify announced it would scrub his tracks from its platform, as his alleged behavior had violated codes of conduct.

The move drew backlash, and Spotify later reversed its decision.

On Monday, fellow rappers and musical artists took to Twitter to express their shock and sorrow.

“Rest in Peace,” Kanye West tweeted. “I never told you how much you inspired me when you were here thank you for existing.”

XXXTentacion’s Instagram page on Monday had also revealed he was “planning a charity event for this weekend Florida!”

Broward sheriff’s investigators urge anyone who has information about the shooting to contact detectives Walt Foster or John Curcio at 954-321-4210. Anonymous tips can be made to Broward Crime Stoppers at 954-493-8477 or online at www.browardcrimestoppers.org.

Interactive: How much of your country’s electricity is renewable?