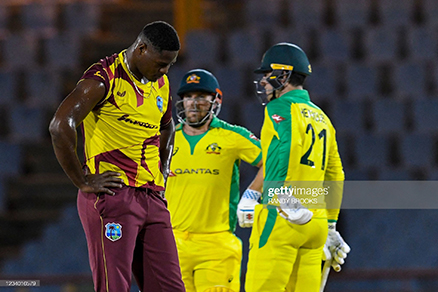 West Indies were set a revised target of 257 off 49 overs. But failed by 133 runs under Duckworth-Lewis-Stern. But Windies leg-spinner Hayden Walsh’s maiden five-wicket haul limited Australia.

Walsh, who led the West Indies attack during the recent five-match Twenty20 International series, finished with five for 39.