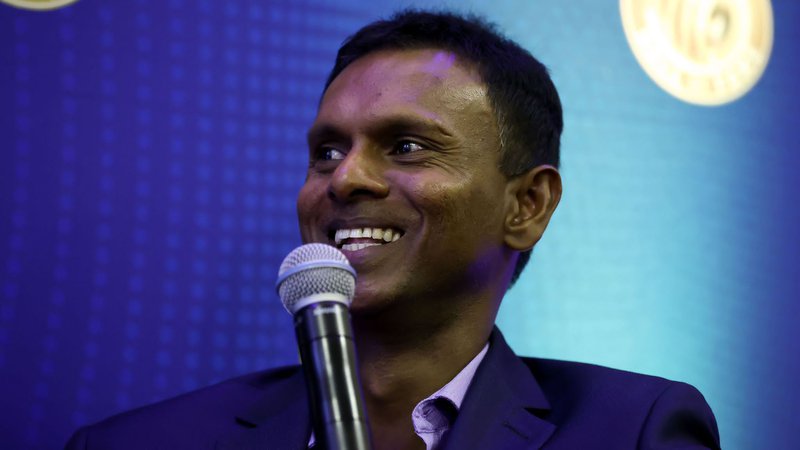 The 48-year-old was on Monday named by the ICC as inductee 107 and was joined by iconic Pakistan leg-spinner Abdul Qadir and England’s multi-time World Cup winning captain Charlotte Edwards. On Wednesday they were “capped” ahead of the first semifinal of the ICC Men’s T20 World Cup between Pakistan and New Zealand.

“This is an amazing honour to follow the footsteps of many legends and so many other great cricketers of the past,” said Chanderpaul. “I’m grateful for the recognition and would like to enjoy the moment with family, friends and most importantly the West Indies cricket fans and fans around the world who passionately supported me throughout my career.”

Guyana-born Shiv Chanderpaul, received his commemorative cap at a ceremony as the newest member of the International Cricket Council Hall of Fame. (Windies Cricket image)

Chanderpaul is second on the all-time West Indies run-scoring list in Tests and is one of just two players – along with Brian Lara – with over 10 000 runs. The Guyanese is third on the ODI run-scoring charts behind Chris Gayle and Lara.

Ricky Skerritt, CWI President and ICC Director, was among several delegates and special guests at the ceremony.

Geoff Allardice, ICC Chief Executive Officer, said Chanderpaul, along with Edwards and Qadir, were great “ambassadors” of the game.

“The ICC Hall of Fame continues to celebrate the iconic individuals that have shaped the history of cricket,” he said in a statement. “Only the very best are honored in this way and it is wonderful to commemorate the lasting contributions of Shivnarine, Charlotte and Abdul.” Allardice added: “These three ambassadors of our great game enjoyed tremendous success on the international stage and are richly deserving of their status as ICC Hall of Famers.”