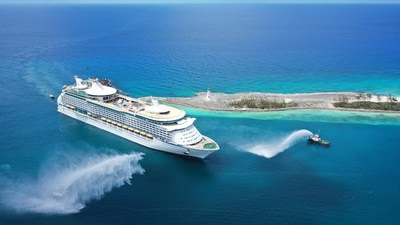 That loss lowered the sector’s contribution to GDP in the region by 58 percent, higher than the global average. Some 680,000 tourism-related jobs were also lost, representing nearly one-fourth of all jobs in the sector.

However, at the Caribbean Hotel & Resort Investment Summit (CHRIS) held last week, Acting CEO & Director General of the Caribbean Hotel & Tourism Association (CHTA) Vanessa Ledesma said that despite daunting challenges presented over the past 18 months by the COVID-19 pandemic, the Caribbean tourism and hospitality industry recorded many significant successes, and the data points to an encouraging outlook ahead.

According to CHTA’s Data Partner ForwardKeys, the Caribbean outperformed its global counterparts in terms of international arrivals in July 2021 relative to July 2019, experiencing an overall decline of 13.2 percent compared to other regions, which suffered losses ranging from 21 percent (Central America) to 85.5 percent (Asia Pacific).

The U.S. Virgin Islands and Puerto Rico were the top performing Caribbean destinations, with arrivals up by 106.3 percent and 39.7 percent, respectively.

Although confirmed tickets for travel to the Caribbean during the coming months are down slightly, some destinations, including Puerto Rico, Jamaica, the Dominican Republic, Aruba and The Bahamas, are experiencing levels ahead of those recorded prior to the pandemic. Ledesma confirmed that these findings are not surprising given expanded airline routes from major U.S. markets and strong load factors from North America.

Ledesma also shared several industry-specific key performance indicators that confirm strong demand for travel to the Caribbean but also suggest the road to full recovery will be a long one. For example, although year-to-date Average Daily Rates for hotel stays in North America recorded in July 2021 are highest in the Caribbean, Occupancy Rates were higher in the United States and Mexico. Among Caribbean destinations with the highest Revenue Per Available Room (RevPAR) for July 2021 year-to-date, the U.S. Virgin Islands and Puerto Rico are the only two destinations showing an increase for 2021 compared to the same period in 2019; not surprisingly, RevPAR for the Caribbean overall fell significantly from 2019 to 2021.

Drawing on research from CHTA Strategic Partner Mastercard, Ledesma shared findings which revealed that consumers are increasing their spend in destination, as well as their length of stay.

She credited the trade association’s unique health-and-tourism partnership with the Caribbean Public Health Agency (CARPHA) and the Caribbean Tourism Organization (CTO) with being instrumental in promoting effective health safety prevention and mitigation efforts.