Canada is again warning its nationals to exercise a high degree of caution if travelling to Jamaica due to the high level of violent crime.

Hilton is adding the Bermudiana Beach Resort to its Tapestry Collection, giving the hotel company its first property in Bermuda.

Approximately 60 percent of the hotel stock in the British Virgin Islands has reopened since the 2017 hurricanes, according to the BVI Tourist Board & Film Commission.

Panama’s Copa Airlines is set to operate four weekly flights to St Maarten for the upcoming winter season, according to the St Maarten Ministry of Tourism.

American Airlines Will Be Adding A third flight to St. Thomas, USVI from December 18, 2019 from Miami International Airport.

Sandals Royal Barbados has opened a new wedding venue: the Sky Terrace which is available for both weddings and ReTie the Knot ceremonies or cocktail receptions.

Travel Expert Julia Dimon tells Forbes that The most affordable time to visit Bermuda is during the off-season, which runs from November to March.

Looking for a Pre-Thanksgiving Getaway? Carnival Liberty Prices for an interior cabin start at $180 per double occupancy For a Nov. 18th four-night Bahamas cruise.

And the countdown is on to several Caribbean Carnivals in North America including the Toronto Carnival this weekend. 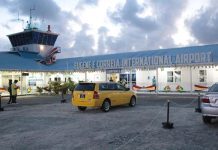 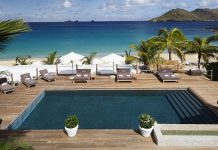 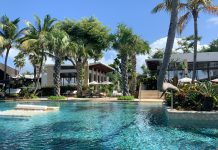 Honduras’ Zelaya Could Bounce Back as Wife Runs for Election