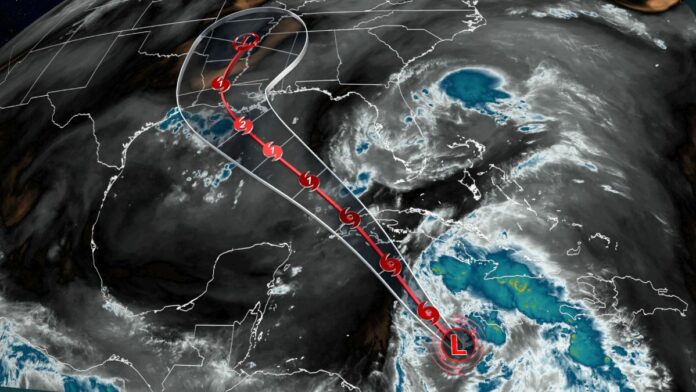 MIAMI, FL, Fri. Aug 27, 2021 (Reuters) – Tropical storm Ida is expected to pass over the Caribbean islands of the Cayman Island and Cuba.

Forecasters at the U.S. National Hurricane Center (NHC) said the storm’s center will pass through the Cayman Islands, and over western Cuba later on today, August 27, 2021, and reach the U.S. northern Gulf coast on Sunday.

The storm was about 50 miles (80 kilometers) north-northwest of Grand Cayman at 5 a.m., packing maximum sustained winds of 45 miles per hour (75 km per hour), the NHC added.

A Tropical Storm Warning is in effect for the Cayman Islands and the Cuban provinces of Matanzas, Mayabeque, Havana, Artemisa, Pinar del Rio, and the Isle of Youth.

(Reporting by Arpan Varghese in Bengaluru; editing by Jason Neely)

Palermo’s Pizza – a story of immigrants past and present – WBEZ