News Americas, NEW YORK, NY, Mon. July 10, 2017: The Thirty-Eighth CARICOM Heads of Government Meeting wrapped up in Grand Anse, Grenada on Friday July 6th with a communiqué that addressed a number of issues including reparation. But there was absolutely nothing on that herb! You know the one: weed, marijuana, ganja, cannabis, hashish, hemp, sinsemilla, pot et al.

Not a single word some 13 meetings after the formation of the much touted CARICOM Cannabis Commission; absolutely nothing from a commission formed in Nassau, Bahamas in Feb. 2015, more than two years ago.

Since then, Puerto Rico, not a CARICOM member state, has come behind and legalized medical marijuana in 2016, paving the way in January 2017 for medical marijuana dispensaries in this U.S. Caribbean territory to throw open their doors.

In Puerto Rico now, the new law allows for the cultivation, manufacturing and distribution of medical marijuana and more than 2,000 patients have registered with the island’s health department so far to obtain medical marijuana which can now be legally used in forms including pills, creams, patches and oral drops.

Smoking marijuana and cultivating it for personal use remains illegal even though the island’s authorities have said prosecuting marijuana possession would be given the lowest priority.

Jamaica too is trying hard to cash in and has legalized medical marijuana allowing for possession of marijuana for medical or therapeutic purposes and paving the way for foreigners who are prescribed medical marijuana abroad to be able to pay for a Jamaica Health Ministry permits authorizing them to legally buy up to 2 ounces of local weed for medical or therapeutic purposes during their stay. 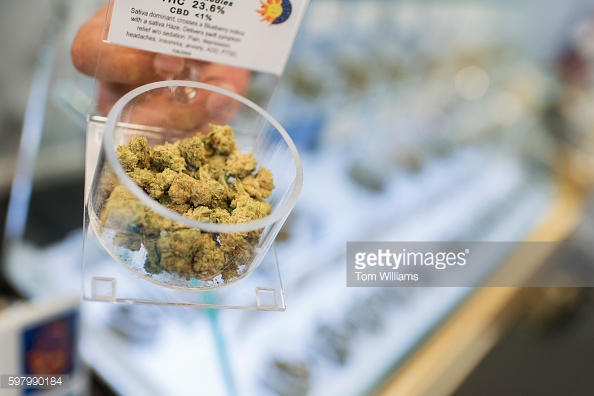 Across the United States, 29 of the 50 states have all legalized medical marijuana, including five since the CARICOM Cannabis Commission’s formation.

Yet so far, all that the commissioners on this Commission have done are listening tours, with the most recent being in St. Lucia.

This as CARICOM nations continue to battle what ratings agency Moody’s has called: “The Silent Debt Crisis.” The rating agency estimates that the debt-to-GDP ratio is over 60 per cent for 12 of the 20 Caribbean countries for which it has data while six have debt-to-GDP ratios of over 80 per cent, and four have over 100 per cent.

The Caribbean is dealing with economic and social crises that have sent many of its talent running to developed nations. High cost of living coupled with high unemployment and crime have taken a grip across the region where many people are barely eking out a basic existence trying to buy even basic food items to survive; where remittance is a necessity for many and where tropical storms and floods cost many nations the equivalent of over 2 per cent of GDP every year, according to Moody’s.

Yet all the people of this region continue to get is more talk from heads of state and government officials who travel around at the expense of tax payers who can barely afford chicken backs for a meal for their families.

Given the wide spread existence and abundance of that herb that can make debt history in this region once and for all. Can you imagine what $1.4 billion from cannabis specific taxes annually can do for this region?

So why is the CARICOM Cannabis Commission still listening and why did the 38th CARICOM meeting say nothing on this economic opportunity that is ripe for the picking?

We are not here to promote widespread legalization of all forms of marijuana usage but the Puerto Rico model on medical marijuana makes absolute sense and is a good one to follow.  So why is CARICOM still doing the two step?

It is time dear CARICOM leaders to wake up from your stupor before you are left totally behind, or as the Jamaican proverb says: “Before Dog Nyam Yuh Suppa.”