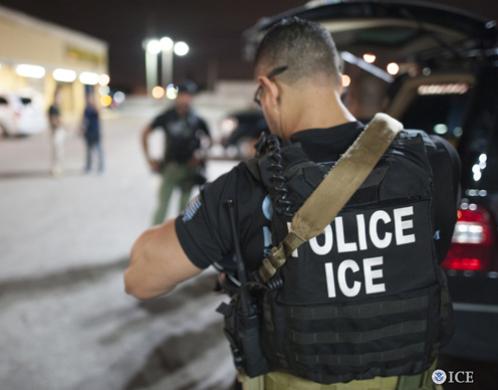 News Americas, NEW YORK, NY, Sat. July 8, 2018: A Jamaican national is in U.S. Immigration and Customs Enforcement’s (ICE) custody and facing deportation after being nabbed outside a Queens’ courthouse.

But he failed to leave upon expiration of the waiver. On May 6th, Clarke was arrested by the Metropolitan Transit Authority Police Department (MTAPD) and was later identified as a non-immigrant overstay by ERO deportation officers on May 7th.

A detainer was lodged against Clarke with the Rikers Island Correctional Facility but Clarke was subsequently released on bail and the detainer was not honored because New York is a sanctuary city.

ICE agents then grabbed Clarke following his court appearance and he remains in custody pending deportation.