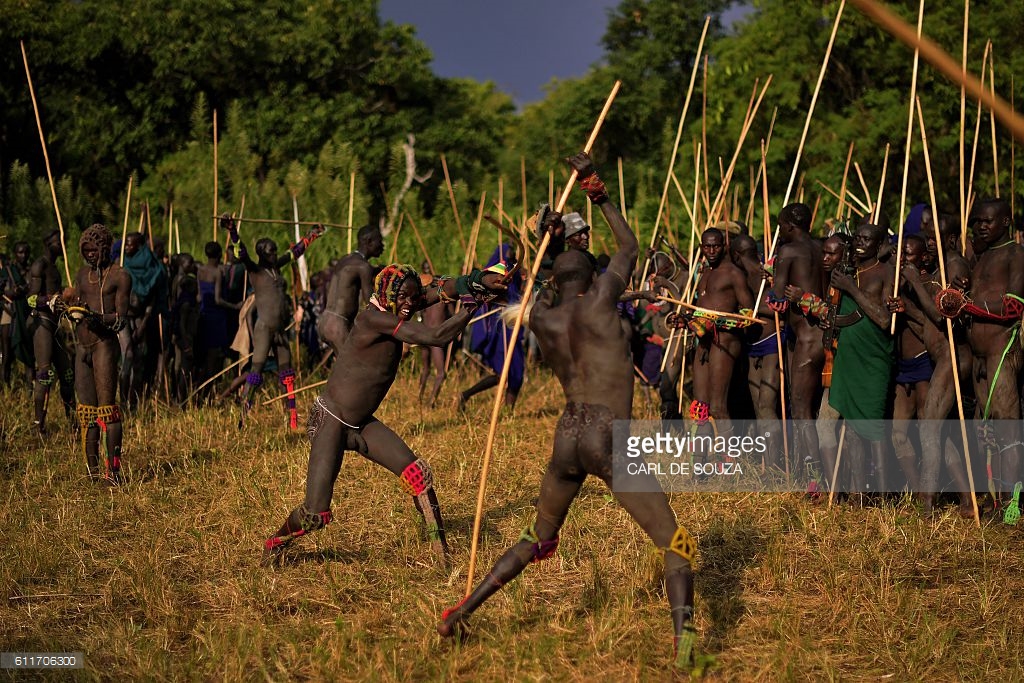 Men from the Suri tribe in Ethiopia have a clear Ciao Willy moment as they take part in a ‘Donga’ or stick fight in Ethiopia’s southern Omo Valley region near Kibbish. Traditionally the fight is a way to impress women and find a wife. The fights are brutal and sometimes result in death. The combatants fight with little or no clothing and sometimes no protection at all. The Suri are a pastoralist Nilotic ethnic group in Ethiopia. (Photo credit should read CARL DE SOUZA/AFP/Getty Images)