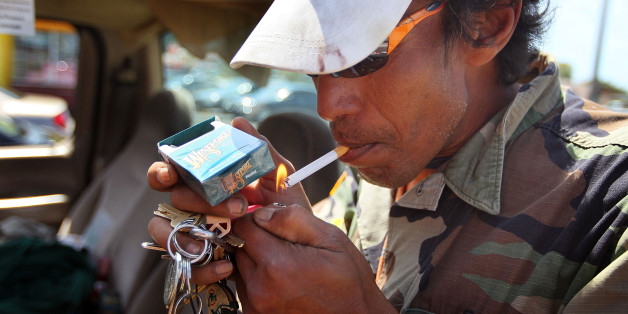 News Americas, WASHINGTON, D.C., Weds. Aug. 31, 2016: Despite a significant decline in overall adult cigarette smoking in the U.S., the habit is prevalent among Latin American immigrants in the country, according to a new study from the Centers for Disease Control and Prevention (CDC).

Among Hispanics, according to the study published in the Morbidity and Mortality Weekly Report (MMWR), current cigarette smoking prevalence was almost 24 percent in 2002-2005 and almost 20 percent in 2010-2013.

They were followed by Cubans at 19.8 percent and Mexicans at 19.1 percent within the same period.

Central or South American smokers rounded out the group with 15.6 percent of smokers for the period 2010-2013.

“Even though the overall cigarette-smoking rate is declining, disparities remain among racial and ethnic groups and within subgroups,” said Bridgette Garrett, Ph.D., associate director for health equity in the CDC’s Office on Smoking and Health. “Looking beyond broad racial and ethnic population categories can help better focus the strategies that we know work to reduce tobacco use among sub-groups with higher rates of use.”

Tobacco use is the leading cause of preventable disease and death in the United States, responsible for more than 480,000 premature deaths annually. And for each death, there are about 30 Americans suffering from a tobacco-related disease.

Smokers can get free help quitting by calling 1-800-QUIT-NOW, or going online to www.smokefree.gov

Mexico Shelters Worry Over US Rule

Cuba Gets Ready To Battle Omicron