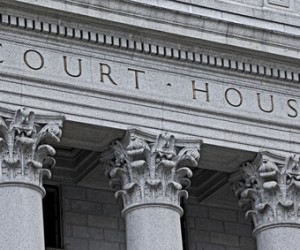 In a statement of facts filed with the plea agreement, Gracia Ramirez admitted that he and his conspirators agreed to conduct a “paseo milionario” or “millionaire’s ride” in which victims who were perceived as wealthy were lured into taxi cabs, kidnapped and then robbed.  Gracia Ramirez admitted that he targeted Special Agent Watson and picked him up outside a Bogotá restaurant in his taxi.   Soon after, two conspirators entered Gracia Ramirez’s taxi, and one used a stun gun to shock Special Agent Watson and the other stabbed him.   Special Agent Watson was able to escape from the taxi, but he later collapsed and died from his injuries.
Sentencing is scheduled for Dec. 5, 2014.

Six other defendants have been charged in an indictment in the Eastern District of Virginia for their alleged involvement in the murder of Special Agent Watson.  Gerardo Figueroa Sepulveda, 39; Omar Fabian Valdes Gualtero, 27; Edgar Javier Bello Murillo, 27; Hector Leonardo Lopez, 34; and Andrés Alvaro Oviedo-Garcia, 22, are each charged with second degree murder, kidnapping and conspiracy to kidnap.   Oviedo-Garcia is also charged with assault.

Wilson Daniel Peralta-Bocachica, 31, is charged for his alleged efforts to destroy evidence associated with the murder of Special Agent Watson.   Trial is set for Jan. 12, 2015.