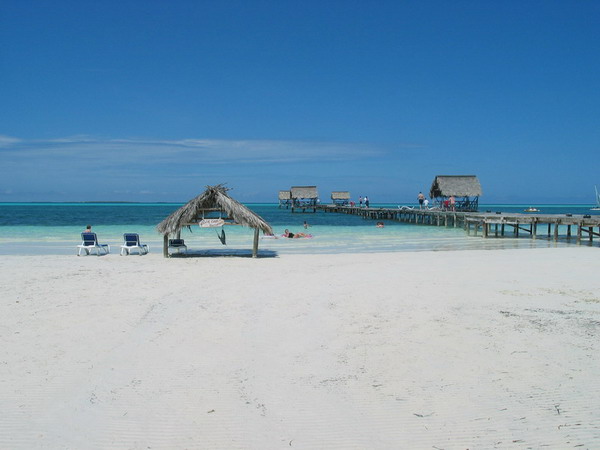 News Americas, LONDON, England, Fri. Mar. 11, 2016: When Airforce One lands in Havana on March 21st and President Obama and his wife Michelle disembark, the idea of visiting Cuba for most in the US will become the new normal.

The pictures will speak louder than words: the President in Cuba’s beautiful if faded capital, at a baseball match, some educational visits. The multiple photo opportunities will cement in the minds of most in the US and elsewhere that it is time to visit, despite the difficult political conversations that President Obama and President Castro will have.

President’s Obama’s visit will come between the Florida Primary in the race for the White House and a free concert in Havana by the Rolling Stones. Both events are likely also to change perceptions, indicating a generational change in thinking about Cuba and the future US relationship in both Cuba and the US.

Just as startling is a decision by the Cuban authorities as reported by Reuters in the last few days that inorder to accommodate the vast influx of officials, security and media people that always accompany a US President, large numbers of American citizens staying at some of the best hotels in Havana are to be moved to the beach resort of Varadero.

Although amusing,this would appear to place them in danger of undertaking an activity forbidden by US law for US citizens in Cuba – tourism – it reflects the fact that Havana now has an extraordinarily high year round occupancy rate.

For the rest of the region all of this begs the question as to whether it should worry about a visitor-diversionary effect, and the possibility that Cuba might damage its arrivals from the North American market.

Before the process of détente began, this was a topic that was of concern to many in the industry, but increasingly its seems that as in the case of the Dominican Republic, Cuba, by offering something different, is helping grow the whole Caribbean tourism market.

In fact, the surge in arrivals that Cuba experienced in 2015 is now likely to slow, held back by the lack of quality accommodation in Havana, delays in the start of scheduled air and ferry services until sometime later this year and in the finalization of port arrangements with the cruise ship companies.

Indirectly confirming these constraints, the country’s Deputy Director of Marketing at the Ministry of Tourism, Dalila Gonzalez, was recently reported to have said that Cuba does not expect its rapid growth in visitor arrivals in 2015 to be replicated this year.

Given that all these figures exclude the hundreds of thousands of Cuban-Americans who travel to and from Cuba on a regular basis – Cuba regards them as returning Cubans – the country looks set to become the number one Caribbean visitor destination while in parallel to arrivals to most of the rest of the region also increasing.

Its success, however, is creating other problems. In 2015 every four and five-star hotel in Havana and Varadero reported, according to its tourism ministry, occupancy rates of 80% and above in both the high and low season. This has had the effect of the Ministry of Tourism deciding to formally incorporate into its international offering privately-owned casas particulares and Airbnb accommodation.

In a reflection of this, Cuba has begun a major drive to increase investment in the number of hotel rooms in Havana and in Varadero with a particular emphasis on the construction of high yielding four and five-star hotels. However, recent construction starts such as a Gaviota joint venture with the Swiss chain Kempinski, or a Sofitel on Havana’s Malecon, are not expected to be completed respectively until 2017 or 2018.

All of which is leading to the suggestion that Cuba will soon have to reach an agreement with US cruise lines that are pressing to begin scheduled sailings around the island.

The rapid growth in visitor arrivals in Cuba should be seen as good news in both the medium and long term for the rest of the region, where arrival numbers and visitor spend also continues to grow. Cuba’s success and the continuing growth in the Caribbean vacation market suggests that there is space for all, and that its opening to US visitors will help other destinations by diversifying brand Caribbean’s overall offering.

David Jessop is a consultant to the Caribbean Council and can be contacted at  [email protected] Previous columns can be found at www.caribbean-council.org.