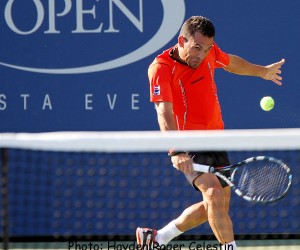 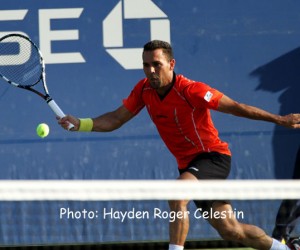 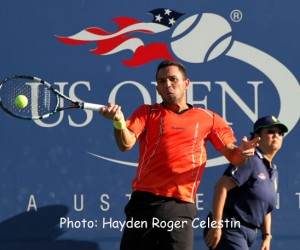 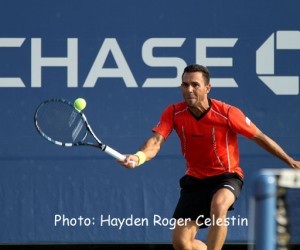 News Americas, FLUSHING, NY, Fri. Aug. 29, 2014: Thirty-four-year-old Victor Estrella Burgos has made history yet again at the US Open.

On Thursday, Estrella Burgos became the first player from the Dominican Republic to reach the third round at a Grand Slam. His historic run at the 2014 Open continued yesterday when he beat Borna Coric, 17, of Croatia 7-6, 4-6, 6-4, 6-2.

Coric, is the youngest player in the draw and won the boys’ singles event at last year’s US Open. Burgos is the tourney’s oldest player to make his main-draw debut at the US Open.

With throngs of Dominican fans screaming and chanting Estrella Burgos’ name, he took the energy from the standing-room only crowd and used it to heighten his game.

A drop-volley winner gave him an early break of serve to lead, 2-1, in the fourth set. Coric continued to fight, despite his hampered opponent, but it wasn’t enough to overcome the relentless retrieving of his opponent.

Estrella Burgos laced a backhand winner down the line to lead, 5-2, and then comfortably served out the match, letting out a huge scream to celebrate the win.

The world No. 80 will have all eyes on him this Saturday, when he plays No. 5 seed Milos Raonic of Canada. It will mark the first time that Estrella Burgos has ever squared off against a Top 10 player. 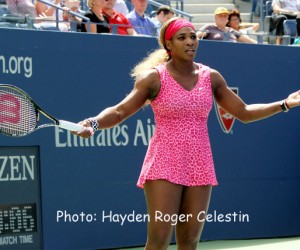 No. 1 seed Serena Williams wasted no time getting down to business in her second-round match against fellow American Vania King in Arthur Ashe Stadium, easily advancing with a 6-1, 6-0 victory. 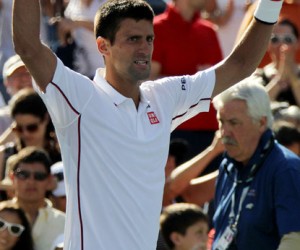 Top seed and 2011 US Open champion Novak Djokovic wasted little time in dismissing 32-year-old veteran Paul-Henri Mathieu of France in a routine 6-1, 6-3, 6-0 victory to secure a spot in the third round. 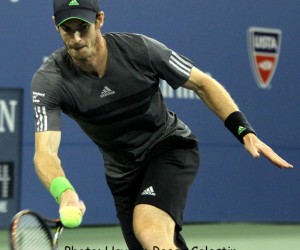 Rebounding from a desultory, cramp-plagued performance in the heat on Monday, No. 8 Andy Murray turned more resolute on a cool and very breezy Thursday night under the lights inside Arthur Ashe Stadium, beating Matthias Bachinger, ranked No. 235 in the world, 6-3, 6-3, 6-4. 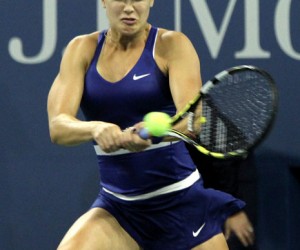 Eugenie Bouchard of Canada smoked 80th-ranked Sorana Cirstea of Romania in the first set in just 28 minutes, 6-2, 6-7, 6-4 under the lights on Arthur Ashe Stadium on Thursday. 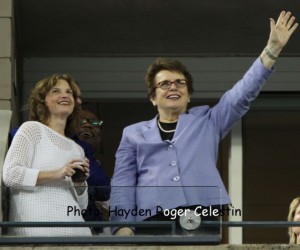 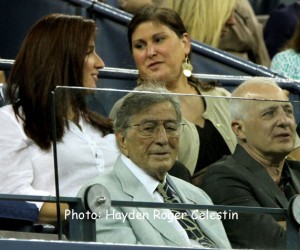 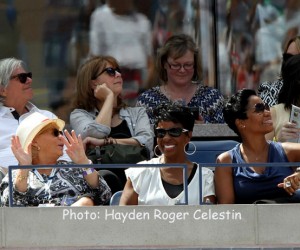 Legendary singer Gladys Knight takes in the Serena Williams match on Aug. 28, 2014 at the U.S. Open.