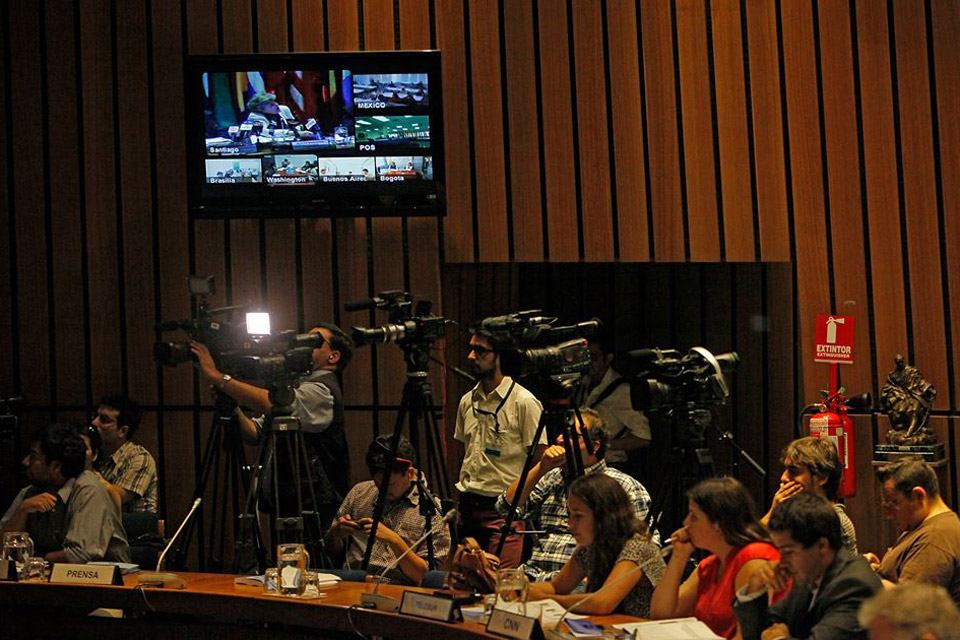 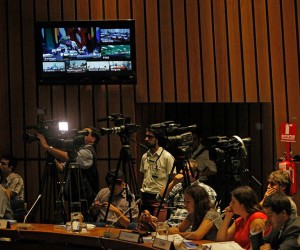 News Americas Now, Thursday July 30, 2015, New York, New York – Launching the Economic Survey of Latin America and the Caribbean 2015 in Santiago, Chile, the UN Economic Commission for the region, known by the acronym ECLAC, forecasts that South America will contract -0.4 per cent, Central America and Mexico will grow 2.8 per cent, and the Caribbean will expand just 1.7 per cent.

On a national level, the projections show, Panama will lead the regional expansion with a 6.0 per cent increase, followed by Antigua and Barbuda (5.4 per cent) and the Dominican Republic and Nicaragua (both with 4.8 per cent).

Mexico’s gross domestic product (GDP) will grow 2.4 per cent while Argentina’s will rise 0.7 per cent, the report showed, but Brazil will experience a contraction of -1.5 per cent while Venezuela will face an even greater decline of -5.5 per cent.
Upon presenting its most recent annual report, the regional organization called for vitalizing the investment process to resume growth and improve productivity in the region’s economies.

“Revitalizing growth in the short and long term requires boosting public and private investment at a complex time,” said Alicia Bárcena, ECLAC’s Executive Secretary. “The economic slowdown is due to external and domestic factors,” the report noted.
“In the external arena, the global economy’s slow growth during 2015 stands out, particularly the deceleration of China and other emerging economies, with the exception of India,” it said.

And on the domestic front, “a contraction in investment along with the deceleration of consumption growth, coupled with other factors, are contributing to a reduction in domestic demand, which has been the main factor driving growth in recent years,” it said.
The 2015 edition of the Economic Survey consists of three parts. Part I outlines the region’s economic performance in 2014 and analyzes trends in the first half of 2015, as well as the outlook for the rest of the year.

Part II analyzes the dynamics of investment in Latin America and the Caribbean, the relationship between investment and the business cycle, the role of public investment, infrastructure gaps and the challenges in financing private investment.

And Part III contains the notes relating to the economic performance of the countries of Latin America and the Caribbean in 2014 and the first half of 2015, together with their respective statistical annexes, which present the main economic indicators of the countries of the region. The cut-off date for updating the statistical information in this publication was 30 June 2015.

Singer Miguel arrested for driving under influence in California