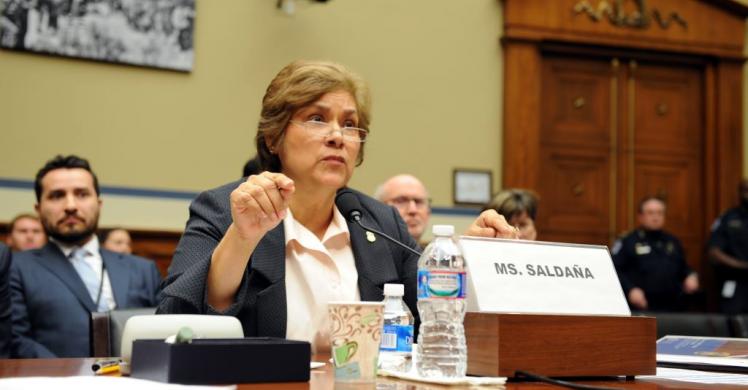 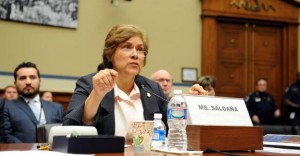 News Americas, NEW YORK, NY, Fri. July 31, 2015: During an obviously politically motivated hearing on July 21st by the Senate’s Committee On The Judiciary titled ‘Oversight of the Administration’s Misdirected Immigration Enforcement Policies: Examining the Impact on Public Safety and Honoring the Victims,’ Jim Steinle, whose daughter was recently killed by an undocumented citizen in San Francisco, California, testified.

Steinle, who is no doubt devastated by loss of his beloved daughter, Kate, said he found a statistic that reported between 2010 and 2014, 121 criminals immigrants who had an active deportation case at the time of release – were subsequently charged with homicide-related offenses.

That’s one hundred and twenty one in four years!

Now compare it to this. USA Today recently reported that on average there were 96 cases of a white police officer killing a black person each year between 2006 and 2012, based on justifiable homicides reported to the FBI by local police.

And bear in mind that this is only an estimate since only about 750 agencies contribute to the FBI database reporting police killings, a fraction of the 17,000 law enforcement agencies in the United States.

But let’s do the simple arithmetic based on this number alone.  And let’s do it simply for the four year period of 2008-2012. Either way, the total is still a lot more – coming in at a whopping 384.

That’s two hundred and sixty three more black lives lost to the hands of the people who swear to protect and serve than undocumented immigrants charged with a homicide.

Now here are some more facts and not political or emotional talk from the frenzied right wingers including Donald Trump.

Sarah R. Saldaña,  director at the US ICE also released some more revealing statistics at that same Senate hearing.  According to Saldaña, in fiscal year 2014 alone, US ICE conducted 315,943 deportations, 213,719 of which were individuals apprehended while, or shortly after, illegally entering the United States and 102,224 were individuals apprehended inside the United States.

Meanwhile, News Americas Now analysis of Department of Homeland Security data found that between fiscal years 2004 and 2014, the U.S. ICE removed a whopping 1,466,668 criminal immigrants from the United States.

Specifically USICE removed 1,040,905 Mexican criminal immigrants from the US’ interior, research showed. The majority were deported during the Barack Obama administration.

Mexican criminal immigrants deported under the years of Republican President George W. Bush’s administration was put at 370,015 while under the Obama first term, the number had dramatically increased to a past half a million at 524,589 with marked increases in removals year to year during the four years, analysis showed.

Overall, during the latter four years of the Bush years, a total of 490,751 criminal immigrants were deported in what was only a slight increase year to year over the period 2004 to 2008 according to US Department of Homeland data analyzed.

Between 2009 and 2012, the first term of the Democratically-led Obama administration, the deportation rate of criminal immigrants had spiked to almost seven hundred thousand – at 690,600 with significant increases year to year. In addition, ICE removed 2,802 individuals in FY 2014 who were classified as suspected or confirmed gang members.

The substantial share of convicted criminals removed from the interior showed a steady and significant increase from 2008, when that figure was just 38 percent and 2011 when it was 67 percent.

Contrast this with the latest Crime Statistics from the National Incident-Based Reporting System from the FBI. In 2013 alone, there were 4,517,902 known criminal offenders across the United States. Of these, the majority (56.5 percent) of known offenders were White; 28.1 percent were Black or African American, and 1.6 percent were of other races.

Now ask yourself, whom should you be most afraid of?  Certainly not undocumented immigrants as Trump and his cohorts would like you to believe!

US, Cuba patch torn relations in historic accord

Habitat for Humanity, Global Brigades allow students to make a difference on … –...

Poverty rises in Venezuela, according to UN report