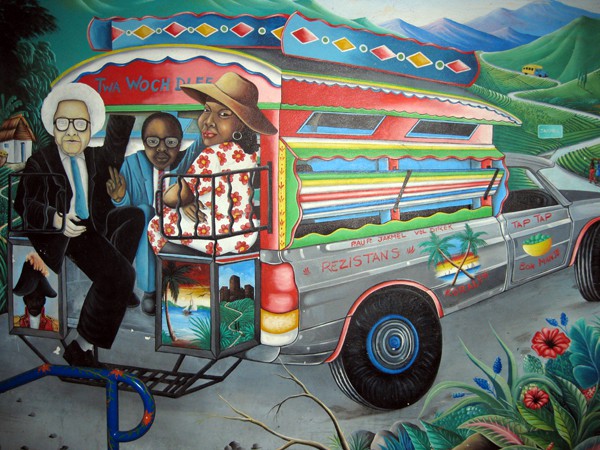 News Americas, NEW YORK, NY, Fri. July 1, 2016: Haitians are growing in influence across the U.S., having made the country their home since the Haitian Revolution. And as the Haitian culture become more main stream, the taste for Haitian food expands as evidenced by the many reviewers yelping about the cuisine. Here are the top five Haitian restaurants in the U.S. as chosen based on the most positive reviews on Yelp:

Located in South Beach, FL., Tap Tap has the most positive reviews on Yelp, landing it in the top spot on our list. This restaurant offers up an experience with gorgeous murals in colorful shades on every wall as well as on the dining furniture. That’s because Tap Tap is also part art gallery and cultural center.

It was founded in 1994 by Haitian documentary filmmaker Katherine Kean and features authentic Haitian “home cooking” and a dazzling collection of culturally interpretive art by some of the island’s most acclaimed masters.

La Caye Restaurant in Fort Green, Brooklyn, NY took the second spot on our top 5 list. This restaurant that brings authentic Haitian cuisine to the heart of Brooklyn,  is owned by Spencer Province and is perched on the ground floor of what used to be an art gallery directly across from BAM. You will also enjoy live music on Thursdays or at Sunday brunch. Diners rave about the griot (fried pork), fried akra, rara salad, black rice, Poulet La Caye, Lanbi Boukannen, Fuzyon Mayi, Kabrit Boukannen and fritay.

Located in Montclair, New Jersey, Saveur Creole is getting rave reviews from Yelpers for its savory Creole Haitian food as well as its twists on the traditional and takes the third spot of our list.  This includes the Black rice, Shrimp Étouffée, the Griot Mi Casa which consists of shredded fried pork served with hot pikliz and fried green plantains and the Savory Empanada Collection where you can choose from fillings of Beef, Chicken or crab meat.

Highland Creole Cuisine located in Sommerville, MA takes the fourth spot. It  has diners raving about its Haitian caviar as well as rice with green peas with legume (vegetable mix w/beef), goat in creole sauce, or the turkey in creole sauce. The Creole Sampler is a good appetizer choice as it comes with two empanadas, Haitian caviar and some croquette-type pieces. For dessert, try the super-yummy Batata Pudding, doused with rum to get your fix on!