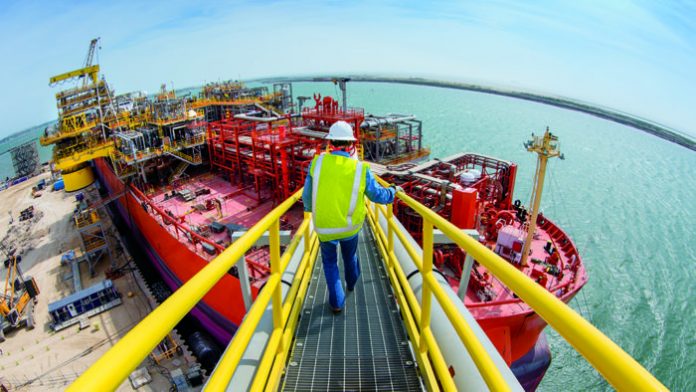 News Americas, WASHINGTON, D.C., Tues. Dec. 28, 2021: With 300 million barrels of oil per discovery and an 80% success rate, the largest energy company in the Americas, ExxonMobil, said that Guyana’s “numbers are incredible.” Exxon added that it will inject US$30 billion into the country to develop its oil blocks—nearly six times the size of the country’s 2020 GDP. The numbers are overwhelming, but few people understand the actual implications of how this will transform the local and regional scenario.

On December 8th, I moderated an insightful webinar on ‘Developing a Low carbon Strategy in Emerging Oil Markets Guyana and Suriname,’ which touched on many of these issues. Joined by the former Guyanese Ambassador to the U.S., Riyad Insanally; EY Senior Advisor and Former CEO of Staatsolie, Rudolf Elias; and Director & Chief Reservoir Engineer of Mid-Atlantic, Dennis Pieters, we discussed future production sharing agreements, local content legislation, low carbon solutions and the best energy opportunities in both countries.

As predicted in the webinar, two fundamental laws were introduced in the National Assembly this past week that will chart the country’s future. First, the bill to amend the National Resource Fund, which was originally approved in 2019. This legislation will serve as cornerstone for how the government invests and spends its newfound oil revenues. At US$80 per barrel, analysts predict that Guyana’s total oil income could reach US$310 billion dollars.

While the local content bill shows great improvements, the proposed Natural Resource Fund legislation is concerning. Although the original law gave too much power to the Minister of Finance, the new law simply transfers those powers to the President. The members of both the Board of Directors and the Public Accountability Committee will now be appointed by the President, at his discretion, with no clear confirmation process. To ensure proper accountability, the members should be selected by non-political institutions, either the private sector or multilateral organizations, and confirmed by the national assembly. The bill has moved towards less oversight, instead of more.

Another fundamental legislation that was introduced at the National Assembly this past week was the local content law, which lowered its thresholds and created a more realistic legislation. To adapt to the current situation on the ground, the government lowered requirements for highly skilled jobs, an important step to ensure the continued development of the sector.

Although the government did a commendable job with the new legislation and clearly listened to the many stakeholders and analysts who had recommended a more practical approach, the threshold still remains too high for one category: local insurance.

Since local insurers have small balance sheets and negligible reinsurance treaties, their maximum liability limit per policy is U$S1 MN. For policies sought out by international energy companies and contractors, minimum liability starts at US$5 million. This means that local insurers must rely on their international counterparts to offload the remainder of the risk, with locals serving as “fronting” companies. In other words, the policy and invoice are issued by locals, but the risk is covered almost entirely by international players.

The local content bill requires 90% of insurance to be covered locally by the end of 2022. Even Brazil, the largest economy in Latin America with over 50 years of oil & gas experience, would struggle to meet those requirements. The government needs to be clear about what the 90% entitles—is it that 90% of risks must include the mere participation of a local company, or that 90% of the risk is retained by local companies? If it is the latter, it is mission impossible. If it is the former, then local companies will simply be used as “rent a citizen,” failing to add any value.

If local content expectations for insurance were more realistic and in line with other fact-based targets, international companies would be more likely to establish deeper relationships with local partners—rather than merely using them as a front. This type of partnership would allow local employees to obtain the IP, knowledge and eventually the assets to conduct these services on their own, free from international dependence.

Another concern is the approval of companies’ local content plans being dependent on the Minister of Natural Resources and a ‘Secretariat’—which is appointed by the Minister himself. Like the Natural Resource Fund, it is fundamental to delineate a separation between the private sector and political influences by depoliticizing the legislation. Once again, an independent, multilateral institution, with local content experience, would be a better solution to approve the local content plans for the country.

As Guyana becomes the third largest producer in Latin America, nearing the production capacity of energy powerhouse Qatar, we will look back at these two pieces of legislation and see the direct impact they had on the development of the Guyanese society. If properly managed, Guyana can transform itself into one of the wealthiest countries per capita in the Americas—ensuring local participation and robust growth. If mishandled, we will look back with grim remorse, as the moment in which the country lost its golden ticket.

EDITOR’S NOTE: Arthur Deakin is Co-Director of AMI’s energy practice, where he oversees projects in oil & gas, solar, wind and hydrogen power, as well as battery storage and electric vehicles. Arthur has led close to 50 Latin American energy market studies since 2016 and has project experience in over 20 jurisdictions in the Americas. He has also written and published over 20 articles related to the energy sector.