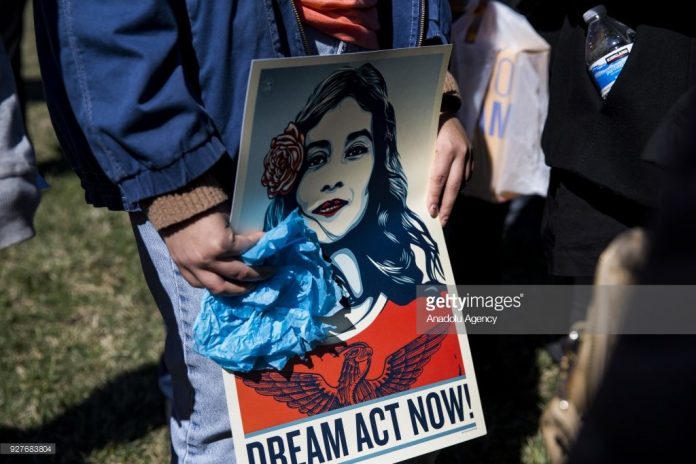 News Americas, NEW YORK, NY, Fri. May 4, 2018: On Tuesday, April 25, 2018, a third federal judge handed the Donald Trump administration another loss on the Deferred Action for Childhood Arrivals, or DACA, as it is known, giving DREAMers and advocates, new hope. Here are 10 things to know about the recent ruling and how it impacts immigrants of this program:

1: Judge John D. Bates, of the Federal District Court for the District of Columbia, slammed the administration’s decision to terminate the program, ruling that it was based on the “virtually unexplained” grounds that the program was “unlawful.”

2: Judge Bates has now given the Department of Homeland Security, which administers the program, the opportunity to better explain its reasoning for canceling it in the next 90 days.

3: If the DHS fails to convince the judge, it “must accept and process new as well as renewal DACA applications,” Judge Bates said in the decision.

4: The judge’s ruling came in the latest lawsuit that was brought against the Trump administration by Princeton University and Microsoft.

5: The ruling gave new hope to about 700,000 young undocumented immigrants – known as DREAMers – who have signed up for the program initiated by President Obama, but must renew their DACA status every two years and those who could qualify under the program, which allows recipients to work legally in the United States, pay their taxes and travel abroad and return home without fear.

6: Judge Bates’ ruling was the third in recent months against the Trump administration’s rollback of DACA, but he went further than Judge William Alsup of the Federal District Court in San Francisco and Judge Nicholas Garaufis of the Federal District Court in Brooklyn. They had both ordered that DREAMers must be allowed to renew their status while Judge Bates required the government to accept new applications.

7: So far Microsoft and advocates have welcomed the latest ruling. “Either President Trump finds another way to end the program, tossing hundreds of thousands of young people into deportation proceedings,” Microsoft President Brad Smith said in a statement in response to the decision: “DREAMers grew up in this country, attended our schools, pay taxes and contribute to our communities. We hope this decision will help provide new incentive for the legislative solution the country and these individuals so clearly deserve. As the business community has come to appreciate, a lasting solution for the country’s DREAMers is both an economic imperative and a humanitarian necessity.”

8: The US Justice Department has, however, said that it would “continue to vigorously defend” the legality of its decision to end the DACA program and that it looked “forward to vindicating its position in further litigation.”

9: The Supreme Court in late February declined an unusual White House request that it immediately decide whether the Trump administration can shut down the program.

10: The Trump administration officially rescinded DACA in March 2018 and had urged the US Congress to pass legislation to benefit DACA recipients. That quickly fell apart over a falling out with the White House which kept pushing the boundaries on what they would accept in exchange for DACA legislation.

Remembering The Black Men And Immigrants Killed By US Police

The Irony Of All Ironies

More Americans Have Died From COVID-19 Than In 6 Wars And 9/11, But Trump Is Still Coming After Immigrants

Marin Voice: We need immigration reform that is compassionate and fair – Marin Independent-Journal