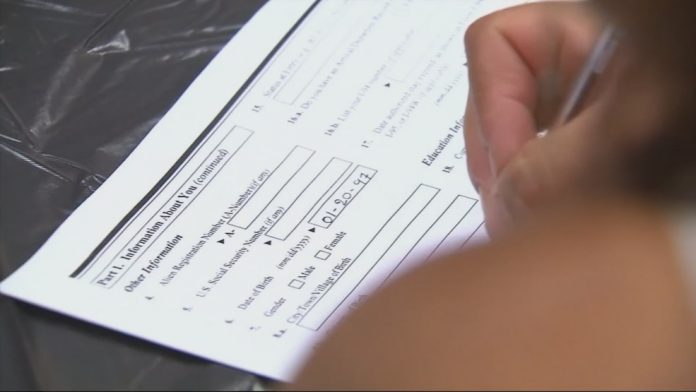 News Americas, FORT LAUDERDALE, FL, Fri. July 2, 2021: There are a number of immigration rule changes that are happening and have happened in recent weeks that readers of this column should be aware of. Here are 3 you should know of:

1: The EB-5 Regional Center Program will now expire on June 30, 2021 since the U.S. Senate blocked a proposed reauthorization and reform bill. The EB-5 Reform and Integrity Act of 2021 had sought to reauthorize the EB-5 Regional Center program through FY2026 and makes various changes to the program, such as imposing various oversight requirements. The bill failed to pass in the Senate when Sen. Lindsay Graham (R-South Carolina) objected to unanimous consent.

U.S. Sen. Chuck Grassley (R-IA), ranking member of the U.S. Senate Judiciary Committee, on June 24th, brought up his EB-5 Reform and Integrity Act on the Senate floor requiring unanimous consent. U.S. Sen. Graham objected to the bill, which would have reauthorized the program and instituted oversight requirements, among other reforms.

Grassley had teamed up with U.S. Sen. Patrick Leahy (D-VT) in March to introduce S. 831. U.S. Reps. Greg Stanton (D-AZ) and Brian Fitzpatrick (R-PA) in April introduced the identical companion bill, H.R. 2901, in their chamber. This means that the EB-5 visa program is unfortunately going to lapse in the days ahead and have untold economic consequences throughout the communities that rely on the program for development projects. With the Senate recessing until after July 1, the EB-5 regional center program will expire though Congress may pass an extension in July, experts say.

“Meanwhile the window of opportunity to file at $500,000 ends June 30, 2021 and we are experiencing a frenzy of I-526 filings as investors seek to jump in at $500,000,” said Bernie Wolfsdorf, former president of the American Immigration Lawyers Association.

2: Meanwhile, on June 22, 2021, federal Judge Jacqueline Scott Corley of the U.S. District Court for the Northern District of California, struck down the USCIS rule which had increased the EB-5 investment amount from $500,000 to $900,000.  According to the judge, the USCIS Acting Director lacked authority to increase the investment amount to $900,000 in violation of the Federal Vacancies Reform Act of 1998 (FVRA).  The court ruled that because the USCIS rule had no force or effect, it must be set aside as an action taken “in excess of statutory authority”, and therefore, the rule was vacated.   This means that the EB-5 investment amount is effectively back to $500,00, per the previous USCIS rule.  The USCIS is expected to appeal the decision but right now it cannot apply the rule with the higher investment amount and applicants may submit their applications and invest $500,000 per the previous rule at this time and/or at least until June 30th.

3: The Biden Administration has announced it is restoring the Obama-era International Entrepreneur Rule (IER), allowing certain foreign national entrepreneurs the opportunity to launch qualifying start-up businesses in the U.S. The Department of Homeland Security (DHS) announced it is withdrawing a 2018 proposed rule that would have removed the International Entrepreneur parole program from DHS regulations.

Under the program, parole may be granted for up to three entrepreneurs per start-up entity, as well as their spouses and children. Entrepreneurs granted parole are eligible to work only for their start-up business.

Their spouses may also apply for employment authorization in the United States; however, their children are not eligible for such authorization based on the program.

An applicant must file Form I-941, Application for Entrepreneur Parole, with the required fees (including biometric) and supporting documentary evidence. The fees are $1,200 for filing the I-941 and $85 for biometrics. Additional forms and fees are required for spouses and children. You can find more details on eligibility requirements, filing procedures, and forms, at uscis.gov/humanitarian/humanitarian-parole/international-entrepreneur-parole

Where In The World Is Kamala Harris?

One Brave Caribbean Immigrant And An “Outstanding American By Choice”