News Americas, NEW YORK, NY, Fri. Mar. 25, 2011: President Obama wrapped up his tri-country visit to Latin America this week with another empty promise in El Salvador to push for immigration reform in the U.S. that includes a pathway to legalization for the undocumented, many of whom are from El Salvador. Sadly the promise resonated hollow since it lacked any real substance and was much like those he made on the campaign trail years ago.

Infact, it sounded to me just like President George W. Bush’s promise to Latin American, especially Mexican leaders on the same issue. And we all know where that got us – nowhere.

In a country which has about 25 percent of its population living undocumented in the United States, Obama was asked by a reporter where he stood on immigration reform.

And out came the staid answer that he has repeated for the past three years – yes he is for immigration reform but damn those Republicans and yada, yada yada. Same spiel, different day!

And wow – out came that word HOPE! Remember the one we fell in love with and had the audacity to believe in?

Here was Obama in El Salvador: “I still have hope … that they begin to recognize over the next year that we can’t solve this problem without taking a broad, comprehensive approach.”

And there was more: “It is the right thing to do. This is the time to do it. And I will continue to push hard to make it happen. It won’t be easy. The politics of this are difficult. But I am confident that ultimately we are going to get it done.”

Really? When exactly pray tell because there have been absolutely no concrete moves to make this happen, not even through a simple executive order that could have handed us a Dream Act.

The reality is that President Obama had two years of full Democratic control of the House and the Senate while he took control of the White House. And in all those 730 days, he did nothing but talk once in a while – when it suited him – about his commitment and support to immigration reform while his border agents rounded up and deported more migrants than ever under any previous administration.

Infact, the U.S. Immigration and Customs Border Enforcement agency’s director is very happy to announce that it has iced close to 1,000,000 criminal and non-criminal immigrants in the past two years since Obama has been in office and that number continues to grow. Obama has also resumed deportation to Haiti – a wrecked nation.

And while he made deals with Republicans to give tax breaks to the wealthy, no deals were made for the poor immigrants or their children who are working in the farms, restaurants, homes and businesses of many of the same rich.

If the President is serious about immigration reform and about getting re-elected in 2012, he will do his darnest to not alienate the Latino and immigrant voting bloc but doing something concrete to help make his promises become a reality. The governor and lawmakers in Utah and have the right idea on the solution to the problem – the immediate solution lies in a guest worker plan that allows the undocumented to live and work freely on a work visa and travel back and forth as they wish. It is an economic solution that would help end the nightmare so many live in and it is the right thing to do.

The writer is founder of News AmericasNow, CaribPR Wire and Hard Beat Communications. 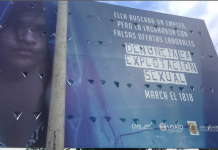 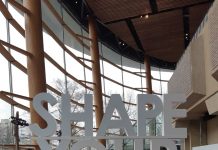