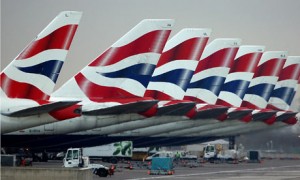 One year ago the Caribbean won a famous, if partial victory. After years of campaigning, successfully mobilizing its Diaspora, working closely with tour operators and airlines, and introducing the issue into almost every aspect of the region’s government-to-government dialogue, the British Chancellor of the Exchequer (Finance Minister), George Osborne, decided to abandon the four band APD system in favor of a short haul-long haul two band system; effectively giving the Caribbean APD tax parity with competing destinations in the US.

It was a campaign that demonstrated that by staying on message the Caribbean was capable of mounting a sustained and coordinated lobby overseas. In the intervening year it has almost been forgotten that the change, which benefits all destinations presently in Band C (which includes Jamaica and the rest of the Caribbean), only takes effect from April 2015 as this was the length of time required by the airlines to alter their fare structures.

What will be introduced next month is essentially a tax that divides long haul from short haul. This means that the APD on an economy/coach fare to the Caribbean will fall from the US$ 127 (£85) per person levied in 2014-15 to US$106 (£71) per person from April 2015. Rates in premium economy and club/upper class and above will also fall from April 2015 on to the same level that applies to the US: US$212 (£142) per ticket.

Although the Caribbean fought for parity with the US and won, the reality is that even at the new rates the tax remains the highest on travel and tourism in the world, and almost four hundred per cent higher than any other similar European airline tax.

Moreover, when added to local taxes and the hundreds of dollars in charges airlines and all airports levy, APD makes travel from the UK to the Caribbean a particularly highly taxed commodity, pushing ticket prices to levels that make the Caribbean ever less competitive. Moreover, there is still little sign that carriers will reduce base air fares; preferring instead to improve profitability, despite the fact that the cost of aviation fuel has fallen dramatically.

What is often forgotten is that APD will continue to rise each year by the rate of UK inflation. As such it remains a damaging form of extraterritorial tax on the region’s most important industry. What this suggests is that the Caribbean should, when the UK’s May 2015 general election is over, consider whether to again campaign against the tax, its inflation escalator, or some other aspect of APD. In his December 2014 pre-budget statement, Mr Osborne announced he would gradually remove APD for children under the age of twelve from May this year and for under 16s in 2016. He also indicated that for Scotland he will devolve the power to set the tax. Both cases indicate that he is prepared to make changes. The Caribbean has a good case. It is the most tourism dependent region in the world; it has been graduated out of development assistance on the basis that, Haiti apart, it consists of middle income developing countries; Britain continues to indicate that it is supportive of the region; the tax, when added to the fare and other taxes and charges, is particularly damaging to the Caribbean’s Diaspora in the UK who continue to want to return home for traditional family reasons; and aviation and the industry continue to have an appetite for lobbying on the issue.

There is a case to be made for Caribbean tourism ministers and the industry to at least consider how the region might seek a reduction in the tax.

David Jessop is the Director of the Caribbean Council and can be contacted at[email protected]. Previous columns can be found at www.caribbean-council.org