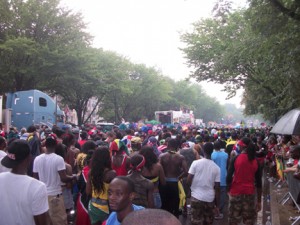 But don’t hold your breath: it’s likely you won’t see this announced in any major media. Unlike Black History Month, National Hispanic Heritage Month or Asian-Pacific American Heritage Month, few outside of the Caribbean immigrant community know or even care about this month-long celebration.

The CAHM, which was signed into law by President George W. Bush in 2006, has yet to become as popular as other months designed to celebrate the diverse culture of America. This is mainly because the U.S. Census has done little to promote it, unlike what it does for the other months.

The main issue they claim is that they have little to no data on this immigrant bloc, even though they have been living in the United States since slavery.

In fact, the history of Caribbean immigration to the United States can be traced back to slavery when the British colonies in the Americas shifted enslaved Africans to different territories, as the demands of capital and plantation economy dictated. Perhaps the first West Indians who arrived in the United States were slaves brought to South Carolina in the seventeenth century, mainly from the then colony of Barbados.

As President Obama wrote in his recent official proclamation: “Caribbean Americans have followed in the footsteps of their ancestors, joining their voices with the chorus of patriots and carrying forward the baton of justice — from the battlefield and the outfield, in places like Selma and Seneca Falls, and through powerful song, poetry, and prose.”

Yet in 2015, we are still estimating the number of Caribbean immigrants in the U.S or those with Caribbean roots. Why? It’s simple – unlike Hispanics, Asians or Black Americans, Caribbean immigrants – a diverse group of ethnicity, countries and cultures who only uniting factor is the geographic Caribbean region – have no way of self-identifying on U.S. Census forms.

So they are forced to choose between a number of categories, including American Samoan to self-identify. None of these of course fit the Caribbean-American identity fully so there is absolutely no way to cull key statistics that are used to measure the growth and true contribution this group to the country they live and work in.

Yet, in both Hispanic and Asian-American Heritage months, television stations, analysts, major media and corporations are able to focus on telling the economic stories of progress of these groups. They can tell everything from their buying power, the number of homes they own, their educational status, their earning power, the number of their voting bloc – on and on.

Caribbean-Americans have no real data on this. We exist simply as guesstimates and because  – well everyone knows we are here, because let’s face it – our food is the best, we know how to throw the best parties and most of the top posts in this country are occupied by a West Indian or one who has a parent or parents who were born in the Caribbean.

From Eric Holder,  to Susan Rice, to Patrick Gaspard to California Attorney General Kamla Harris and Senator Mia Love, they all have Caribbean roots. And don’t let me get into the many actors, actresses, athletes and business leaders!

The reality is that even though President Obama has again issued another formal proclamation marking this month; and even though he recognizes the contributions in this document and is encouraging “all Americans to celebrate the history and culture of Caribbean Americans with appropriate ceremonies and activities,” the Caribbean immigrant bloc remains one of the most dismissed and invisible.

It’s great to have another White House proclamation declaring “National Caribbean-American Heritage Month,” but what is needed is for accurate self-identification so this bloc can truly count in economic numbers.