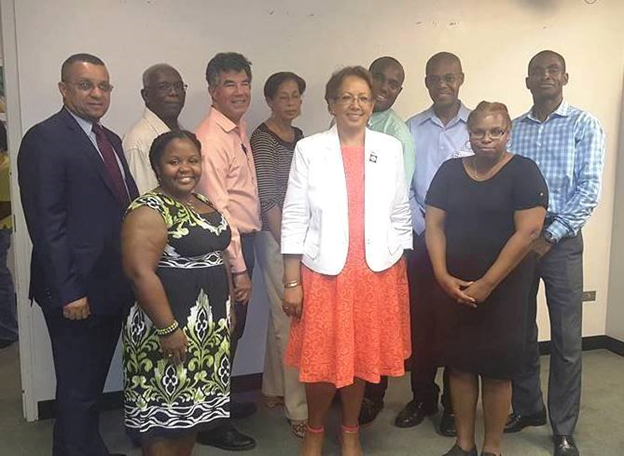 The donation was made through Jamaica’s Early Childhood Commission (ECC) and supported four Jamaican basic schools. The schools are Bluefields ECI in Westmoreland, Stephen James Basic School in Trelawny, May Day Basic School in Manchester and St. Martin Deporres in Kingston and St. Andrew.

UJAA’s donations assisted the schools in a variety of ways, from the installation of water tanks for May Day Basic, to increased lighting for several of the schools. The investment in each school’s facilities is expected to improve the learning atmosphere and lead to higher educational outcomes for the students.

Lesleyann Samuel, UJAA’s President, said that her organization’s commitment to Jamaica’s educational system has, for decades, remained strong and was now expanding from high schools and colleges to include basic schools. She also noted that the ECC was charged with registering and certifying all basic schools in Jamaica and UJAA’s aim was to support the effort.

The Union of Jamaican Alumni Association (USA) Inc.,  (UJAA), was founded in 1990 as a not-for-profit umbrella organization of alumni associations of Jamaican educational institutions. Based in New York, it was created to assist in the unification of the activities of those associations dedicated to the improvement of educational opportunities for all students in Jamaica and those who have immigrated to the USA.

The member associations are comprised of Jamaican nationals who have benefited from an education received in Jamaica, and have availed themselves of the rewards of industry and citizenship in the United States of America. There are currently forty nine Jamaican alumni associations in UJAA.

The Regulation and Monitoring department has responsibility for the registration of early childhood institutions (ECIs), and monitors their operations, to ensure compliance with the regulations and standards governing the sector.