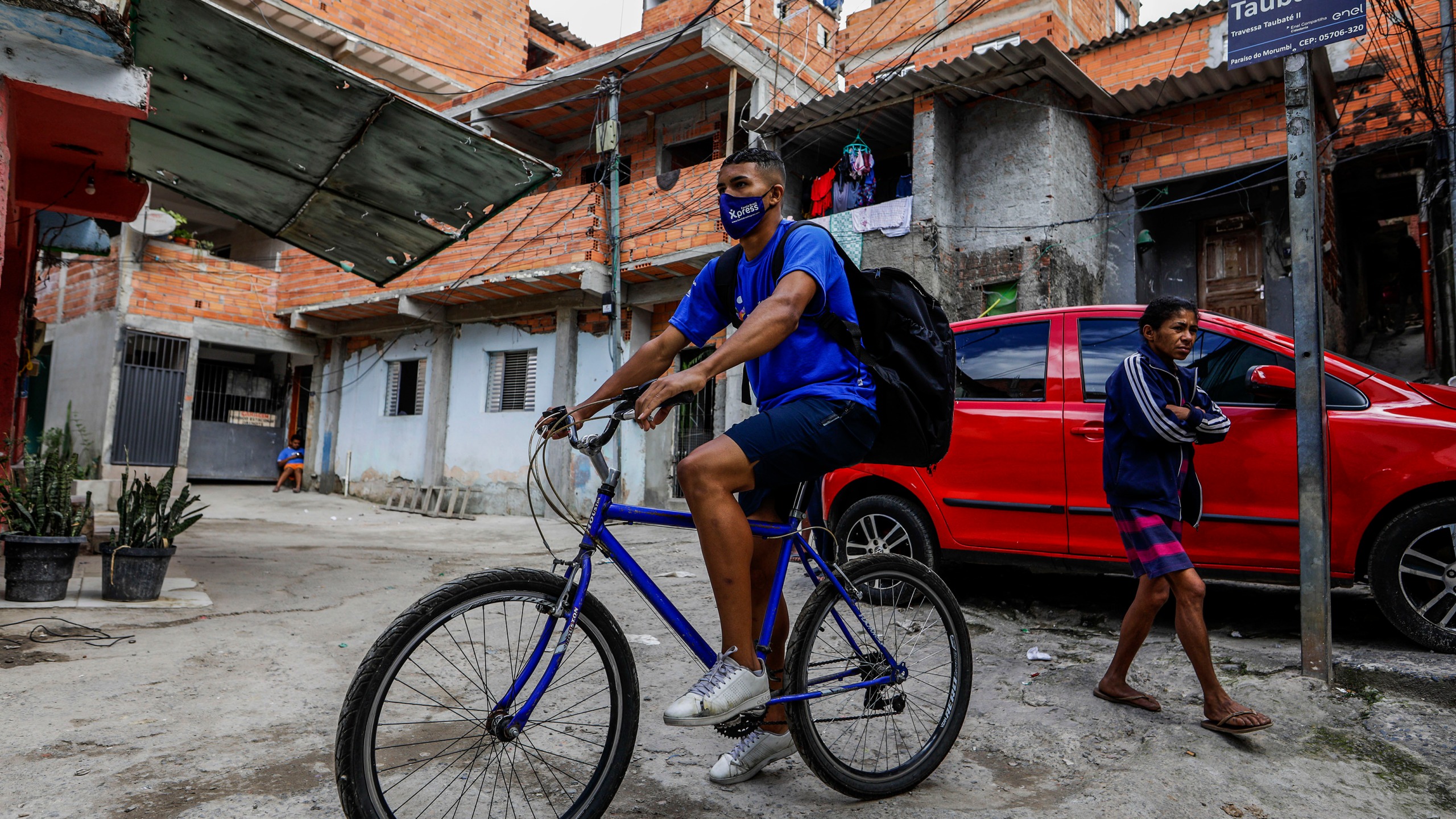 Even as Internet orders boomed during the pandemic, the residents of Paraisopolis, a poor community of 100,000 people in the heart of Sao Paulo, would often find their post codes rejected when they reached the online checkout.

“They blocked this region, considering it a risky area,” 21-year-old resident Givanildo Pereira Bastos said in an interview on Reuters Next.

To fix the problem Pereira started Favela Brasil Xpress, a delivery firm willing to go where others will not.

Parcels arrive at a distribution center before being sorted and delivered to their final destination, sometimes navigating the narrow lanes by tuk-tuk or bicycle. On occasion, deliveries must be done on foot.

Favela Brasil Xpress has 90 employees in Paraisopolis, all community residents. Across the country, the company operates in over half a dozen poor informal communities – known as favelas – in the states of Sao Paulo, Rio de Janeiro and Minas Gerais. Pereira expects to expand further.

“We had no idea how much favela residents consume through e-commerce,” Pereira said. “Just in Paraisopolis, there are around 800 deliveries a day.”

But finding addresses is not always easy, even for a resident like Pereira.

“Even I had some difficulty in making deliveries,” he said, recalling a delay in locating the home of one man who had been waiting four months for a card payment machine. By the time it arrived, the man’s business had closed down.

Pereira hopes his company can go some way towards reducing inequality here.

“We don’t want there to be two Brazils. … We want to live in one Brazil, where a favela resident has the same rights as someone who lives in a wealthy neighborhood.”