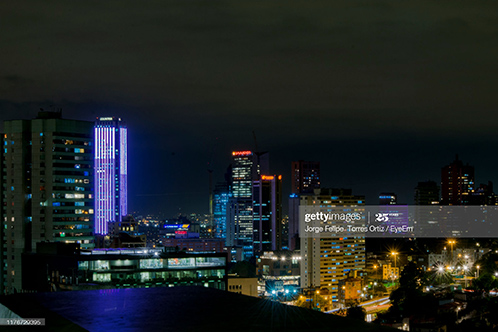 News Americas, NEW YORK, NY, Mon. Nov. 30, 2020: In April of this year, Colombian regulators approved a license for a live casino, the first in the country’s history. Gambling in Latin America isn’t as big as in other regions around the world, but it is expanding.

However, Colombia has taken a different stance to its neighbors. For instance, online betting and wagering markets in the country have been available since 2016. And traditional land-based establishments have been luring visitors for decades, well before the government decided to transition to online casinos and iGaming. With so many of the surrounding countries taking a different stance, the obvious question is, why does Colombia operate differently in a typically conservative region? Let’s find out.

The Colombian government is well aware of the appeal of the industry. With a market valuation of $127.3 billion worldwide by 2027, it’s no wonder nations want a piece of the pie. For Latin America, it’s estimated that the region would generate around US$150 billion a year if the platforms that are available in Europe, APAC and North America are accessible in the area. Therefore, for Colombia, providing casino services is an excellent way to bring money into the economy and boost the coffers. Latin America constitutes 33 countries, with a total population of roughly 569 million people. When you add the number of visitors that come to the region – Colombia recorded record figures in 2019 – it’s easy to see that the casino industry stimulates the economy through tourism.

Giving Back to the Community

Gambling in Colombia is more than having a good time and winning money. The way the system is structured means that the proceeds from casinos, online and land-based, make their way to the government in the form of taxes. Considering that there are 2,765 establishments in Colombia, the President is on record saying that the revenues directly led to $100 million going to the health sector and $45 million to the public finances. For the citizens of Colombia, the sector is essential as it provides them with the resources and facilities they require to lead a comfortable life. Like the Scandinavian model, the Colombian strategy is altruistic and benefits the people as much as it does the owners of the casinos.

Across the world, the liberalization of the gambling industry is becoming the norm. For example, in the US, when addressing the challenge of what to do when it came to land-based and online casinos, individual states began to take a stand by relaxing their restrictions on the practice. New Jersey and Delaware were the first two states to fully accept online casino and many others have followed since. While some are still slightly behind in their adoption of this new approach, it’s evident that many states are taking into account the positives of relaxing their stances.

With its impact on the economy and the people, the casino sector is incredibly important to Colombia, which is why you should expect more live establishments in the future.