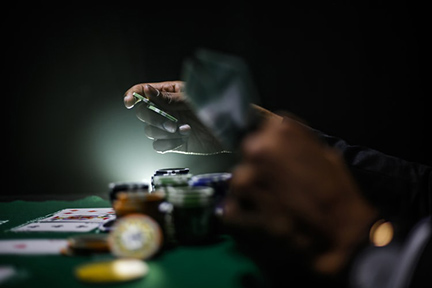 News Americas, NEW YORK, NY, Mon. Nov. 30, 2020: There are certain parts of the world that have always been synonymous with gambling, and casino games. People in Las Vegas will tell you how important your local area can be to your gambling experience.

Most Latin American countries had been using laws that weren’t up to date with the current Internet trends. The laws are gradually changing in order to deal with corruption. There have historically been some corrupt dealings in the gaming and gambling industry but laws are becoming more watertight to give protection and allow everyone to gamble, even from the comfort of their own home, without worrying about an unfair playing field.

As the Internet has taken over, and more and more of the world has found its way online, games are starting to become popular in other new areas, including South America. Estimates show that the gambling industry across the countries of Latin America could be worth around $2 billion this year and that market looks set to grow.

Only around 50% of people in Latin America have access to smartphones, but in spite of that, Latin American countries make up around 4-5% of the gaming industry revenue worldwide. It’s far bigger than areas like South-East Asia where people are getting more and more excited about gambling.

As more smartphones are distributed yearly and the costs and cellular coverage become more mainstream, it’s expected that pretty much all of South and Latin America will have access to games from online slots to sportsbook betting in the coming years. Many analysts claim that the industry could compete with the huge European industry for gambling in the coming years.

One of the reasons for Latin America’s growth is the standardization of language. Most Latin American countries speak Spanish, with Brazil speaking Portuguese. This means a lot of European countries are moving into the market as they have ready-made communication teams and advertising. These companies can promote their services to the hundreds of millions of people living in Latin America.

Surveys have shown that millennials in Latin America prefer online betting. Young people are also more likely to have access to Smartphones and spend a lot more time on the internet. All of this leads to the growth of Latin America gambling.

There are a number of online slot games that can be played using apps or in your web browser.

The sort of games you might expect on a trip to Las Vegas are also available to play online via a Smartphone. These sorts of games include craps and poker, which can be played against a dealer or in live rooms with a number of different gamblers.

Some online platforms have started to incorporate live dealers, so you can get more of a casino feel while you are playing.

This is a type of slot game, where the jackpot gradually grows until there is a huge winner, often worth millions of dollars. This is a big draw for people who want to try their hand at gambling online.

There are many different styles of roulette due to this historic game dating back centuries. You can play European or American roulette in South America.

Columbia and Brazil have already seen some real online gambling “booms” and there are a huge number of companies investing in the rest of Latin America. It looks like it is time for the continent to embrace casino games fully.

Mexico Shelters Worry Over US Rule