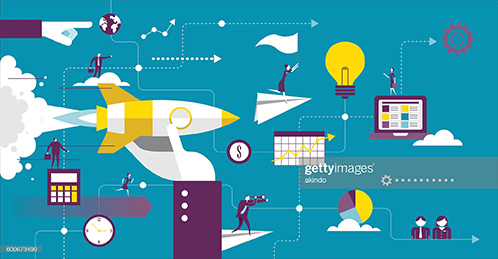 News Americas, NEW YORK, NY, Fri. Mar. 5, 2021: The COVID-19 pandemic has battered economies in Latin America, as it has throughout the world, and many countries continue to implement strict measures intended to limit the spread of the virus. However, with vaccines now being distributed, the economic and social recovery can now be seen on the horizon, and the region’s rapidly developing technology sectors will be important for recovery.

Even before the pandemic struck, governments in the region had come to understand the benefits of the tech sector both in terms of creating skilled employment, and in developing digital solutions to make daily life easier. To this end, increased support for tech and startups has been witnessed in the region, as has increased interest among investors — including a massive $5 billion fund established by Japanese corporate titan Softbank in 2019 to invest in technology in the region.

The growth of tech in Latin America is particularly consequential in the context of the “new normal” of professional life, with many of the processes of digitization and new working patterns brought about by the situation likely to remain permanently.

That will also mean a probable increase in outsourcing, as companies acclimatise to more remote working and come to realise the savings they can make by hiring remote staff overseas via a professional employer organization (PEO).

Meanwhile, companies that were well positioned for the virus due to their commercial focus or operational setup, or which managed to adapt quickly to achieve growth, can be expected to continue to grow.

Based on a recent series from Biz Latin Hub looking at successful tech companies in different countries throughout the region, here’s one tech company from each of the four nations that occupy the Southern Cone in Latin America – Argentina, Brazil, Chile, and Paraguay — that has been picked out both to demonstrate the success they have achieved individually, as well as to cast light on trends that have been witnessed during the course of the pandemic.

That service is based around three key products, namely a chatbot service that can be added to business websites, a ‘Cliengo Live’ service, that redirects customers from the chatbox to a platform on which they can interact with someone from the company. Finally, Cliengo offers an analytics service that gathers and analyses data based on customer interactions.

With the world looking increasingly online, and businesses forced to digitize rapidly, a company that facilitates improved web-based customer service, and which can offer its product to smaller and medium sized businesses, looks to have a bright future.

Shawee is a tech-based company that was established in 2017 and organized ‘hackathons’ and ‘coding marathons’ to unearth new talent in the likes of software development, coding, and robotics.

The company reports “more than 40,000 people impacted” since launch, with Shawee also promoting poverty eradication, gender equality, and job creation. As the world moves increasingly online, its mission is only likely to become more relevant.

Shawee represents a tech company that was not only well positioned to deal with the pandemic, owing to its focus on online activities, but which is in a prime position to amplify its growth, as more companies seek to go online and search for the best tech-based talent.

Pase Libre (‘Free Pass’) is a pioneering startup that allows users to find gyms in their area and access them on a day pass basis, with users able to access photos, reviews, and a full breakdown of available facilities.

The company works in partnership with local gyms and gym groups to secure access for app users, and currently has more than 60 gyms signed up across the country.

While gymnasiums were badly affected worldwide by lockdowns imposed to halt the spread of COVID-19, they have also been quick to fill up again as soon as the public has been allowed back, and can be expected to bounce back. When they do, companies offering more convenience and choice such as Pase Libre can be expected to grow significantly.

The agricultural industry has seen significant movement during the pandemic throughout much of the world, as consumer behaviours have shifted to include more supermarket-based purchases, while demand for health boosting products has increased.

As such, tech companies capable of offering tech-based solutions to problems faced by the food production industry have strong market opportunities. Chipsafer — which allows users to monitor livestock remotely — is one such firm, with the Southern Cone’s massive cattle rearing industries prime targets for growth.

In 2019, Chipsafer was highlighted by the Inter-American Development Bank as one of the “50 succesful cases” of tech-based firms in Latin America, two years after being showcased by the United Nations Foundation at the 2017 Solutions Summit.

Looking at these four tech firms from across the Southern Cone, one of the patterns that emerges is the fact that in each case, they are offering novel solutions to problems that already existed before the pandemic, but which in many cases were amplified by the crisis.

Online customer service for SMEs, unearthing new tech talent, and more effectively managing agricultural production were all needed before the pandemic, but became even more critical in its context. Notably, another Paraguayan tech startup that has also done well — Pura Raza — is also focused on livestock management.

Meanwhile, in the case of Pase Libre, a company that is capable of disrupting a large and lucrative industry while radically improving consumer access, and which is capable of making inroads into the market, also stands to do well.

EDITOR’S NOTE: Craig Dempsey is the co-founder and chief executive officer of Biz Latin Hub Group, an organization dedicated to assisting investors in Latin America and the Caribbean, including through recruitment and payroll outsourcing. Craig holds a degree in mechanical engineering, a master’s degree in project management, and other certifications covering logistics, personal management and government administration. Craig is an Australian military veteran and has been deployed overseas on numerous occasions. He is also a former mining executive with experience in Australia, Canada, Colombia and Peru.

The New Big Wave Of Crypto In The Latin American Region