Black Immigrant Daily News From News Americas
Home Latin America Panama Open To Online Casinos, Who Is Next In LATAM? 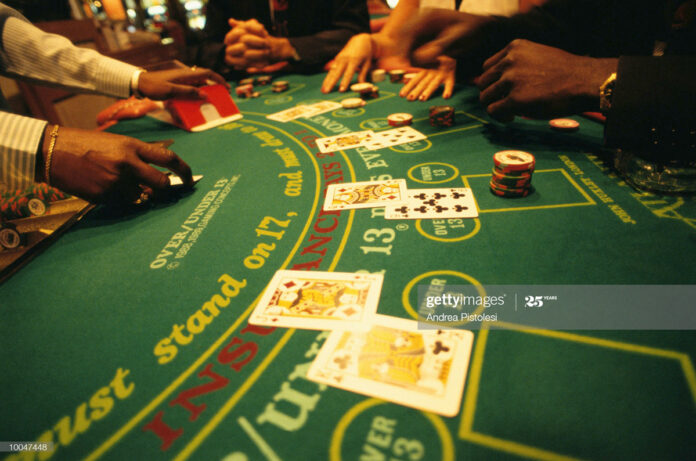 News Americas, PANAMA CITY, Panama, Weds. June 9, 2021: Panama has been a gambling hot spot since 2002 when its Ministry of Economy & Finance’s Gambling Control Board began issuing online casino licenses to foreign brands. However, it was not until this year that operators could run such sites that cater to residents. In February, news broke that Mexican casino chain Caliente will become the first company to offer internet gaming to Panamanians. The government brought forward this possibility in March of 2020. Nevertheless, due to the pandemic, it took a year for the first such platform to launch.

Caliente is a chain of forty-five brick-and-mortar gambling establishments, twenty-three of which are in Tijuana. The company’s roots go back to 1916 and Tijuana’s first racecourse. The brand is active in multiple gambling categories, including bingo, electronic gaming machines, sports betting, and horse racing wagering. Caliente is the absolute Mexican market juggernaut, and they have distinguished themselves because of their technological development, established infrastructure, and international presence.

Caliente works along with iGaming powerhouses like Betsoft and Playtech. The latter is their Panama partner, and the Caliente online casino in this country will be a Playtech-fueled platform. Manuel Sánchez, Director of Panama’s Gambling Control Board, stated in a recent interview that brands like Codere and Sportium are also entering this market. Thus, it seems like these are exciting times for Panama’s gambling sector. Currently, these online casinos welcome LATAM users, but soon, the Panama offer will be more robust.

Many industry insiders believe that Latin America is the iGaming industry’s sleeping giant. South America alone has a population of over 420 million, of which 75% are of legal age, making the number of eligible gamblers on the continent over 300 million. However, industry expansion has been slow, despite massive interest.

According to reports, lately, most South American governments have accelerated their efforts to bring online casinos to their residents. They are trying to push this into fruition to curb the number of people enjoying this activity at offshore sites.

Brazil, Bolivia, and Mexico often get mentioned as nations actively pursuing making digital gambling a reality. Some believe that within five years, this sector will be fully up and running in Brazil. Bolivia does not allow online casinos, but it recently created its Gaming Control Authority. So residents are hopeful that it is only a matter of time before playing games of chance on the internet is available.

Not long ago, Mexico did not even define online gambling, despite the country having a deep historical association with wagering. That said, Mexico’s Party of the Democratic Revolution and its National Action Party agree that online casinos should go live soon. There are rumblings that Swedish operator Betsson will start offering sports betting, live dealer, and casino games in the country by the end of the year. Betsson is also making moves in Brazil, getting ready to sink its teeth into that market as well.

Reports coming out of Peru, Chile, Puerto Rico, and Uruguay say that these nations are also looking for ways to establish iGaming industries within their borders.

Playtech is a UK market leader in the gambling and financial trading sectors, and it is one of the world’s largest online gaming software suppliers. It leads the charge in Latin America, working hand in hand with the continent’s established land-based operators. In Colombia, it has a strategic partnership with the Aquila Global Group, the operator behind Colombia’s first online casino brand Wplay. Colombia fully allows online gambling since 2017.

In a recent trading update, Playtech noted strong growth in Costa Rica and Guatemala and that the company may soon look to branch out into these regions.

Paraguay is another Latin American country that is very liberal when it comes to games of chance. In 2018, it began issuing temporary internet casino licenses, and Amambay Casino became the first brand to offer digital services to Paraguayans. Twenty more operators instantly followed suit.

In Argentina, each province decides if it wants to permit casino-style gambling via a smartphone or computer. A few have decided to do so, and companies like Playtech, Stars Interactive, William Hill, and Betsson have already reached agreements to enter provinces such as Bueno Aires.

The online casino sector is on a tremendous rise. Going by projections from consultancy firm Grand View Research, the global market should hit a value of $127 billion within the next six years. Betting on the internet is not as taboo as it once was, and it should expediently become a possibility in most regions, Latin America included. Panama is just one sign of a changing tide. Within the next decade, few, if any, Latin-speaking countries from whose borders online casinos do not operate will exist.