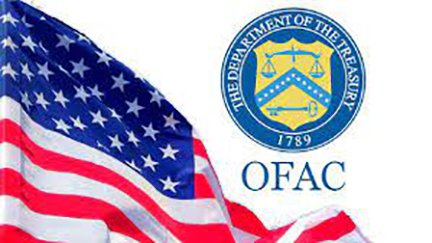 News Americas, WASHINGTON, D.C., Weds. Aug. 25, 2021: Three Paraguayan nationals have been sanctioned by the US for their roles in corruption schemes in Paraguay.

The U.S. Department of the Treasury’s Office of Foreign Assets Control (OFAC) sanctioned Kassem Mohamad Hijazi, Khalil Ahmad Hijazi, and Liz Paola Doldan Gonzalez, for their roles in corruption in Paraguay, as well as five associated entities connected with their corruption schemes.

As a result of Tuesday’s action, all their property and interests that are in the United States or in the possession or control of U.S. persons are blocked and must be reported to OFAC. In addition, any entities that are owned, directly or indirectly, 50 percent or more by one or more blocked persons are also blocked.

Kassem is accused of commanding and controlling a money laundering organization based out of Ciudad Del Este, Paraguay, which operates on a global scale with the capability to launder hundreds of millions of dollars. The US says Kassem maintains strong ties with Paraguayan politicians, police officers, district attorneys, and several money exchange brokers located in Ciudad del Este who provide ease, security, warranty, and economic power allowing him to operate in the area since at least 2018.

He is also accused of maintaining connections to Paraguayan government officials to avoid law enforcement action against his money laundering organization, including commanding plain-clothed officers of the Investigation and Special Operations Division (Departamento de Investigaciones y Grupo Especial de Operaciones) of the Alto Parana Police Department in Paraguay to carry out activities for him in exchange for monthly payments.

Kassem is accused of materially assisting, sponsoring or providing financial, material, or technological support for, or goods or services to or in support of corruption, including the misappropriation of state assets, corruption related to government contracts, or the extraction of natural resources, or bribery.

Khalil is accused of materially assisting, sponsoring, or providing financial, material, or technological support for, or goods or services to or in support of Kassem.

As the goods would enter the country destined for these shell companies, Paraguayan Customs would identify the cell phones as cheaper goods, such as printers and printer toner, to simulate the importation of lower-cost items, a practice that would allow Mobile Zone to pay less tax on the imports. According to press reporting, this scheme generated at least $675 million.

“The United States is committed to supporting Paraguay’s efforts to combat corruption and promote accountability for those who undermine government institutions,” said US Secretary of State Antony J. Blinken. “Corruption degrades the rule of law, weakens economies and stifles economic growth, undermines democratic institutions, perpetuates conflict, deprives innocent civilians of fundamental human rights, and is intrinsically linked to money laundering and the lack of financial transparency.”

A look at years of political chaos in Peru