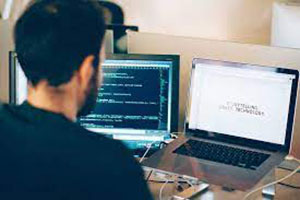 This multiple can go even higher – up to 4X – depending on a developer’s base country, the number of years of experience, and employer country.

A lot of developers are embracing remote work as a means to achieve more. Out of the 1,354 survey responses, 46.5% of responses were from developers working with international companies – with headquarters outside of countries where they live. Arc developer Francisco Júnio de Lima Liberal, from Brazil who now works with a US-based company, says of why he wanted an international job: “I felt that I was not earning as much as I could be if I was able to work at an international company, given my skill level and experience. Also, with concerns about Brazilian currency inflation and instability, I wanted to be able to find work that was more stable and put me in a better financial position to be able to take care of my mother, sister, and brother who all live with me.”

Professionals including software developers should be paid fairly – no matter where they live. With the rise of remote work, the topic of salary has become more complicated as location becomes disconnected from the work itself. The Remote Developer Salary Database aims to help developers make informed career decisions by reducing the information asymmetry between developers and employers,” says Weiting Liu, CEO and founder of Arc.dev.

Arc is a remote career platform that makes it easy for developers to find remote jobs so they can build amazing careers from anywhere in the world. Arc levels the playing field for developers living outside of the world’s tech hubs who want to find a better job through remote work. With 1 million developers in our network, Arc bridges the gap between companies hiring top-tier talent and pre-vetted developers for both contract and permanent roles.

Weiting Liu is the founder & CEO of Arc and Codementor. A two-time YC and Techstars alum, Weiting has spent over a decade leading tech startups, and believes the future of work will connect talent worldwide with opportunities anywhere. Weiting holds a master’s degree in Management Science & Engineering from Stanford University.