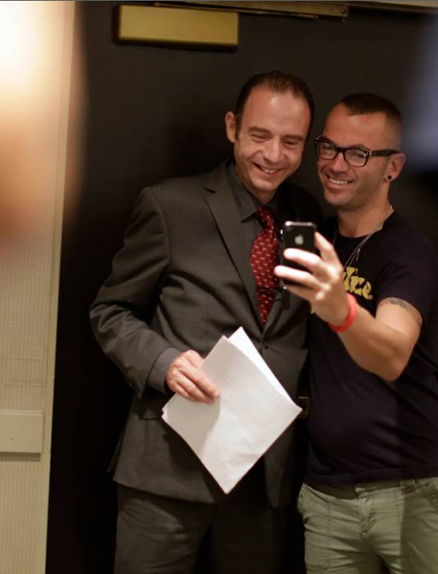 LONDON, England, Fri. July 10, 2020 (Thomson Reuters Foundation) – An HIV-positive man in Latin America has become the first person to go into long-term remission from HIV after taking an intensified multi-drug cocktail of AIDS medicines, raising hopes of a cure for the virus.

When Brazilian Ash Kotak found out he was HIV-positive in 1993, the diagnosis was still a death sentence.

“I was told to go off and have a good life on the assumption I would be dead in a few years,” the 54-year-old playwright, writer and HIV/AIDS activist told the Thomson Reuters Foundation on Tuesday.

But thanks to antiretroviral drugs introduced in the mid-1990s, Kotak takes daily pills that give him the same life expectancy as someone without HIV.

Kotak, who leads the #AIDSMemoryUK campaign, which aims to establish a national tribute to HIV/AIDS in Britain, said he was cautious but hopeful that the case could mark a breakthrough.

In addition to the case’s scientific potential, he said it would help fight the stigma experienced by the almost 40 million people worldwide living with HIV.

Kotak’s story is common for many who have lived with the virus for the past 40 years since the first cases of AIDS were reported among gay men in Los Angeles, San Francisco and New York in the early 1980s.

‘ENOUGH TO GIVE US HOPE’

Hopes have been raised before. Over the past 15 years, two HIV-positive cancer patients were said to have been “functionally cured” following bone marrow transplants from HIV-resistant donors to treat their cancers.

However, the invasive nature of such treatments tempered hopes of a general cure.

Dr Michael Brady, medical director at the Terrence Higgins Trust, Britain’s leading HIV and sexual health charity, said it was important to stress that the Brazilian case stemmed from a small-scale pilot study.

“There is no immediate prospect of a significant breakthrough that would lead to a cure for HIV,” he said.

Others were more hopeful, though they also expressed caution.

“This is enough to give us hope and avenues to explore, but not enough to say with certainty that this person has been cured,” said Matthew Hodson, executive director of NAM aidsmap, a British HIV/Aids information charity.

“It’s too early to say what it means, but this could be a historic point in our battle to conquer HIV,” he added.

Adrian Hyyrylainen-Trett, 41, who was Britain’s first openly HIV-positive parliamentary candidate in the 2015 general election, said finding a cure for the disease would be “an amazing situation”.

“There have been false dawns in the past… but it would be a massive relief off one’s shoulders and a relief to the stigma in society (against HIV-positive people) generally,” Hyyrylainen-Trett said by phone.

When 48-year-old artist Matt Pagett received his diagnosis in 2007, he was “absolutely devastated”.

“But then over time, you just get on with it and deal with it,” he said, adding that a potential cure for HIV “would be amazing”.

“It would be incredible to not have to take those drugs every day and to be clear of (HIV).”

This Former Latin American Minister Has Been Charged For Money Laundering

Second Journalist Murdered In Under A Week

Where Have All These Women Gone?

Can Jeb Bush change the conversation on immigration in the 2016 GOP … –...

Lindsay Lohan could face jail after March trial in California