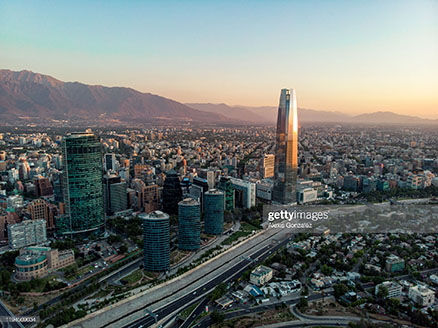 Chile’s economy grew, helped by a fast vaccine campaign and government spending that has bolstered activity in the copper-rich Andean nation.

The economy in the July-September period rose 4.9% against the previous quarter, the bank added. Controversial pension withdrawals have also helped pump more money into the economy and boosted consumer spending.

Chile’s President Sebastián Piñera said last week the economy was set to grow over 11% this year amid a rapid recovery from the coronavirus pandemic, higher than the previous government forecast but in line with the central bank.

Economic activity in the world’s largest copper producer has been favored by lofty prices for the red metal, but also by government aid to households and the partial withdrawal of pension savings approved to alleviate the crisis.

Chile, like other neighboring countries in the region, has been hiking interest rates this year amid concerns about an overheating economy and rising inflation.