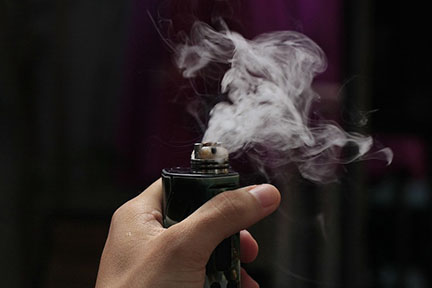 News Americas, NEW YORK, NY, Thurs. June 25, 2020: Vaping is a subject that is ripe for controversy, but often it is vilified for reasons that are far from evidence backed. There are regular news stories regarding the legality of vaping in popular tourist destinations, and it is advised that travellers and people on vacation should check the laws regards vaping and vape products before they travel. The penalties for breaking laws can be stringent in some countries.

Hong Kong recently back-tracked on a decision to ban the sale and import of vaping products, new welcomed by the manufacturers who are largely based in nearby China, but has admitted the decision may not be permanent, and now Mexico has introduced a decree on vaping that bans all products, including zero-nicotine e-liquid and even vape pen without e-juice.

The decision, they claim, is based on World Health Organization (WHO) research yet industry commentators believe there is little if any evidence to back up the decision. What is it all about, and why is a country such as Mexico banning a product that is deemed safe – certainly safer than smoking tobacco – in other countries?

Why the Ban in Mexico?

The Mexican President, Andrés Manuel Lopez Obrador, has been vocal in his support of the legalization of cannabis in the country, yet the decision to ban vaping products appears to go against this line of thinking. It is also said by those in the industry to be based on evidence that has been proven to be erroneous. The Presidential decree reads in part:

“That it has been reported that the use of these devices generates inflammation of the respiratory tract, the increase of white blood cells, as well as bilateral pulmonary opacities (spots in the lung), low oxygenation of the blood or even respiratory failure, in addition to an increased sensitivity of airway cells to viral infection. Its long-term use is expected to increase the risk of chronic obstructive pulmonary disease and lung cancer.”

In short, this is claiming that vaping causes lung cancer, which is a baseless claim with little substance. The WHO research does not acknowledge – as has been done elsewhere – that the cases of lung diseases in young vapers in the USA, which made headlines and led to more controversy, largely involved people who had not only been vaping illicit, black market products, but who were also cannabis smokers. Both factors had a clear influence on the flawed statistics used by the WHO.

Insiders believe that there is considerable political support from tobacco-linked bodies in the banning of vaping products, which clearly have a large impact on the tobacco market. It is estimated that, in Mexico, 1% of the adult population use vaping products on a regular basis. Conversely, almost 12% smoke tobacco products, and with vaping a fast-growing market the tobacco manufacturers and retailers are clearly concerned.

For reference you can read the reports and opinion from the World Health Organization (WHO) here as it gives an idea of why Mexico has taken the stance it has chosen, yet the fact remains the evidence they are using is not entirely reliable. For travellers to Mexico – and to other countries where vaping is or is about to be banned – the best advice is to be vigilant and be wary of taking any vaping products into the country.

There is considerable worldwide interest in vaping right now and, as a relatively new market, this is to be expected. It is certainly sensible to keep abreast of what is happening regards vaping regulations in your state or country, in order that you can stay on the right side of the law.