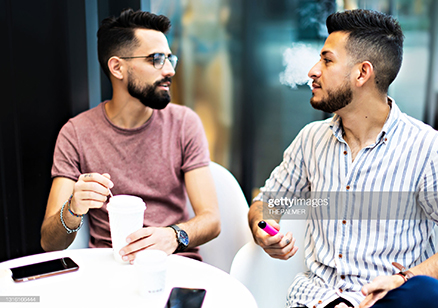 News Americas, NEW YORK, NY, Tues. May 11, 2021: Vaping has become popular worldwide, but it is prohibited in some countries. Most Latin American countries have prohibited the sale of e-cigarettes. Nevertheless, leading vape supply manufacturers have ventured into the region despite such bans. The significant players in the e-cigarette industry have expanded into Brazil, Chile, Uruguay, and Paraguay, and others.

A Look at the Vaping Market

Although demand for vaping products is just as high in Latin America, as it is in other regions, vapers and would-be vapers in the area face many challenges. The most established vaping markets in Latin America include Argentina, Chile, Brazil, Peru, Costa Rica, and Mexico. Therefore, vaping products, such as vape CBD, are in high demand in these countries. However, there are some important differences between the Latin American vape market and the US and European markets.

The most significant differences in the Latin American vape market are:

Besides the critical differences between the Latin American vape market and other markets, there are some notable vaping trends in the region. Some of these patterns include:

·  Informal markets that have a heavy presence are significant

·  A large population of inexperienced smokers

As evident from these trends, there is a considerable risk to vapers in Latin America because they risk purchasing low-quality or substandard products from the black market. Therefore, every vaper must buy products from reputable companies such as ePuffer. The company is one of the leading vaping product manufacturers and is known for producing top-notch products including e-cigs, e-pipes, e-hookahs, and e-juices, etc.

Despite the worrying trends that could cause so many problems for vapers in Latin America, there’s a positive thing happening: an increase in the awareness of vaping products. This encouraging change can be attributed to events about vaping; for example, the Vape Trade Convention, which helps bring together users of vape products. In November 2019, the third edition of the convention took place in Mexico City, attracting about 8,000 people and around 500 vape product manufacturers from across the world. There is an excellent promotion of the event as a significant vape convention all over Latin America. The organizers pointed that vaping is getting more popular in Latin America, but vapers have to buy the best vape products. Furthermore, vapers have to be cautious of the risks posed by low-quality products, given that the industry is under-regulated.

Despite the high demand for vaping, the market in Latin America is not well-developed due to restrictive legislation. For example, vaping is illegal in some countries with massive potential such as Mexico and Argentina. Furthermore, the sale of vapes is prohibited in these countries, affecting the growth of the vaping culture. It also fuels the development of the black market, putting vapers at risk of purchasing inferior quality and potentially dangerous vape products.

Panama to drop plans for land sales amid protests

The Cost of Connecting the Caribbean: The Netherlands Antilles