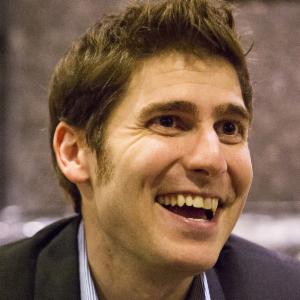 News Americas, NEW YORK, NY, Fri. April 7, 2017: Latin America has its share of billionaires but how many are under 50? Here are the region’s youngest billionaires according to News AmericasNow’s analysis of the Forbes 2017 list of world’s richest people.

Eduardo Saverin, 35, is the Brazilian-born cofounder of Facebook. According to Forbes, Saverin who co-founded Facebook with Harvard classmate Mark Zuckerberg in 2004, is worth $8.3 B. In 2014, he launched a $144 million venture fund focused on India, Southeast Asia and the U.S. Saverin is the 170th richest person in the world and the youngest billionaire in Latin America.

Emilio Azcarraga Jean, 49, is the president and CEO of Mexican broadcaster Grupo Televisa, one of the world’s largest producers of Spanish language TV content. He became the CEO after the death of his father in 1997. Azcarraga is also a board member of Endeavor, an international non-profit development organization that finds and supports high-impact entrepreneurs in emerging markets. His current net worth is $2.3 B and he is ranked at #973 on the global rich list, according to Forbes.

Alfredo Egydio Arruda Villela Filho, 47, is the brother of Ana Lucia de Mattos Barretto Villela. He too belongs to one of Brazil’s oldest banking families and is the largest individual shareholder of Itausa, the bank’s holding company. Alfredo holds a degree in mechanical engineering. He is on the board of Itausa, Itau-Unibanco, Itautec, Elekeiroz, and Duratex. With his sister, Ana Lucia, Alfredo supports the Alana Institute, a non-profit organization they co-founded in Sao Paulo 1994 to promote education and culture for children. His net worth is put at $1.78 B making him the #1,098 richest person in the world.

Ana Lucia de Mattos Barretto Villela, 43, is among the low-profile members of one of Brazil’s oldest banking families and the youngest female billionaire in Brazil.

Her great-grandfather founded Itau, one of Brazil’s largest banks, which merged with Unibanco in 2008 to form Itau-Unibanco, Latin America’s biggest non-state bank. Ana Lucia’s grandfather founded publicly-traded Duratex, a Brazilian maker of wood paneling and bathroom fixtures, which Ana Lucia also owns a stake of. With her billionaire brother, Alfredo, Ana Lucia heads the Alana Institute, a non-profit organization they co-founded in 1994 to promote education and culture for children. She is listed as the #1,234 richest person in the world with a current net worth of $1.7 B.

Andre Esteves, 48, is the controlling shareholder of Brazilian investment bank BTG Pactual. He was accused of obstruction of justice in connection with Lava Jato (“Operation Car Wash”), Brazil’s largest corruption scandal and was thrown in jail for almost three weeks in 2015 before being placed in house arrest in December that year. He was released from house arrest in April of 2016 and a day later named a senior partner at bank BTG Pactual, where he is a controlling shareholder. He’d been chairman and CEO prior to his arrest. He denied the charges and the case is pending. Esteves’ current net worth is put at $1.62 B, making him the #1,161 richest in the world.

David Penaloza Alanis, 43, is the son of David Penaloza Sandoval, the founder of construction and infrastructure company Grupo Tribasa, which was known for building and operating highways that charge fees, known as toll roads. Penaloza Alanis now owns about 30 percent of the company, which has 16 toll-road concessions throughout Mexico.  His net worth is put at $1.36 B, ranking him as the #1,678 richest person on the planet.

Over 94,000 Have Died From COVID-19 In This Latin American Nation

Sale of Paper in Venezuela Raises Fears on Freedom