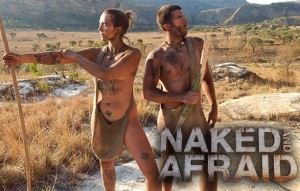 News Americas, LOS ANGELES, CA, Fri. May 8, 2015: The South American nation of Guyana is again in the global spotlight.

Coming after ‘Gold Rush,’ the Discovery Channel is again putting Guyana on the radar of Americans with its third season of “Naked and Afraid.”

A team of 12 former Naked and Afraid survivalists — six men and six women – were dropped off without food, water and naked in the Guyana Rupununi savanna, where jaguars roam, the sun is relentless and shelter is hard to come by.

Producers give each person a sort of messenger bag, which provides a bit of coverage, and editors blur all frontal (but not rear) nudity. Some competitors make clothing out of whatever is at hand.

The Guyana “Naked and Afraid” airs at 10 p.m. on Sunday May 10th on the Discovery Channel.

From Guyana to Thailand, Nicaragua to Belize, the Florida Everglades to Namibia, the survivalists will be stranded all over the world across four continents, making for the harshest challenges to date for a potential of 21 days and 21 nights.

“There’s no game to win. This is about the power within yourself to survive and to help others recognize that in themselves,” Discovery Channel president Rich Ross says. “We’re not trying to rip people apart. We’re trying to build them up, and that to me is very Discovery.”

Man who stabbed ex-wife to death turns self in