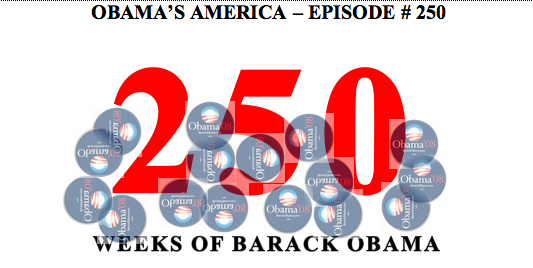 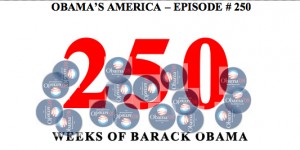 I have written about President Barack Obama for 250 consecutive weeks.

The first issue of Obama’s America was published February 25, 2011. Titled “Does February 25th Ring A Bell President Obama.” In a quintessential case of circular logic I hope I have provided Barack a second reason.

The subject for my first episode of Obama’s America that was published on February 25th  2011 is that on February 25, 1870, the first African-American elected official EVER to serve in the U.S. government was sworn into the U.S. Senate The Honorable U.S. Senator Hiram Revels of Mississippi. In those days U.S. Senators were elected by the state legislatures but that does not diminish in fact highlights that 5 years after the end of the Civil War a southern state legislature elected Hiram Revels to the U.S. Senate.

February 25, 1870, was a momentous day in the history of our nation. The entire story in my first episode of the effort to prevent Revels being sworn in to the Senate as a Black Man and the battles that took place to stop him were detailed in that first issue. When Revels was finally sworn in on the Senate floor on Friday, February 25, 1870, the Senate chambers was packed for this unique moment in American history and the next day it was the featured story on the front page of the New York Times and news everywhere

Why was that the subject of my first episode of Obama’s America? Because Barack Obama had NEVER acknowledged Hiram Revels existence and SURPRISE – 250 episodes later – President Obama still has not.

What is Revels’ dirty secret? Like Abraham Lincoln and every true American of that era, Revels was a Republican. The Democratic Party was the party of slavery and racism before and following the Civil War.

Has Obama rejected Abraham Lincoln? No way when he announced for President in 2008, he made it a point to do so where Abraham Lincoln served as a state representative in Springfield, Illinois.

So what is wrong with Republican African-American Hiram Revels, a member of the very same party as Lincoln and elected like Lincoln as a  Republican to serve in the national government in Washington, DC?

Why does Obama insist he is the third Black U.S. Senator in American history when in fact he is the 5th African American U.S. Senator? Because it is politically convenient to do so as much as it is a lie. It is better for Democrats today to insist only Democrats have elected African-Americans to our Senate and House and not even give a nod to historic truth.

Here is the point – Black Obama did what a typical politician would. This has been the entire basis of Obama’s America – to document with clarity that Barack Obama is not the great leader he gave is the impression he would be.

We received another of the never ending examples just this last week when Obama FINALLY rejected the Keystone pipeline a decision that has been waiting for him to decide since the day he became President, but for 7 years he would not decide whether to approve or reject this pipeline that would have carried the dirtiest coal on Earth to the U.S. from Canada.

When President Obama FINALLY rejected the pipeline he said the pipeline is completely incompatible with American leadership on the environment. One more ridiculous and typically political statement by Obama!

If this pipeline is completely incompatible with American leadership on the environment and it most definitely is, WHY did it take Obama 7 years to decide? Why? Because in fact he had given serious consideration to approving the pipeline! That’s why it took 7 years to decide.

Once again a typical politician at work as President of the United States!

Barack Obama is not the communist, or radical or incompetent and worse the crazies in the Republican Party and others portray him.

Neither is Obama the great leader he fancies himself as do many of his supporters especially the Democratic elite. Had it been my purpose for each of the last 250 weeks I could have chosen something laudable Obama had done that week as difficult as that might have been many weeks, and have created a very different picture of Barack Obama and his Presidency.

But guess what? That is what he and his own staff do every day and so many of those in the media, also his political supporters, celebrity buddies and many others. They create the myth of Barack Obama that is false!

In focusing on Obama’s flaws each of the last 250 weeks as I will continue to do until January 20, 2017, and maybe a few weeks more afterwards to sum up and review the entire series – what has emerged and will continue to do so is to paint a detailed picture and establish a clear pattern which is an undeniable accurate portrait of Barack Obama.

Leaving the whacky ridiculous portrait of Obama Right Wing Republicans paint of Obama using absurd contentions not worthy of any consideration – what in fact Obama’s America does in an episodic format that is chronological in nature and each week capturing useful individual moments of the Obama Presidency is offer a very legitimate counter-point to contrast the glowing portrayal of the Obama Presidency he and others will offer.

In other words by January 2017 I am calling Obama’s bluff in what will be in total by then over 300 different ways that collectively will contrast strongly and specifically with other analysis of the Obama Presidency.

My larger purpose is to join others who since the beginning of Time chronicle again and again in society after society that leaders always present themselves and those who control that society who are allied with them – offer us promise and hope that is not justified and usually manipulative.

Back to the here and now and that the Obama Presidency is a FAILURE in that he has failed the test of real leadership which is not to claim incremental improvements as major advances nor blame opponents for standing in his way of doing more. How few who are true leaders deliver what they promise and overcome their opponents or at the very least wage an effort that sets the stage for the next leader to do much more. Obama should have risked more.

What is really happening in America while Barack Obama has been President? The overwhelming reality is that the rich are even richer than when Obama became President and inequality in America is even greater than 7 years ago. And get this Obama’s fellow African American who most of all hoped for a better deal in Barack Obama becoming President have not gained anything at all. As for globally, there is as much and in fact more suffering and violence in the world than before Obama became President!

What’s that how could one person reverse these trends?

That is not the point at all we are deciding here is Obama just another politician trying to seduce us to believe he s something much more OR is Barrack Obama in fact a true leader different than the other Presidents. Simply stated Obama is an average typical President. That is the point.

Here in Obama’s America that is crystal clear …

When you do as I have looked at specific aspects of Barack Obama and his Presidency once a week, week after week there is no denying it. Yes there are those who will deny it and I put 250 episodes of Obama’s America so far up against their evidence to the contrary let anyone decide for  themselves.

One very good example that combines many elements is what Obama calls his signature achievement Obamacare or the Affordable Health Care Act. It sums up so well the reality of Barack Obama. And cynicism toward his Presidency! And here is a good example of the irony of Republicans attacking him for doing too much when Obamacare is clearly too little of what we should expect a basic right for all Americans universal health care.

Here in Obama’s America I refer to it as Obamacare for the health care industry which is what it is forcing Americans to buy their over priced and inadequate insurance policies while doing nothing to correct the basic flaws in America’s health care system which gets ever more abusive as was the subject of episode # 249. In earlier episodes I present other details.

Another ‘perfect’ way to examine the Obama Presidency as Obama’s America does regularly is in the “life style” of Barack and Michelle and The First Family. By definition the Presidency is well wrapped in luxury and privilege but in Obama’s America you read how the Obamas have taken it to a level beyond any of their predecessors. As one small example Obama is the first President who did not make due with the large and professional White House chef and many assistant chefs. NO Barack and Michelle also hired a personal chef for the exclusive culinary needs of the Obama family.

And of course Air Force One again and again Air Force One far and away Barack Obama’s favorite toy of all as President of the United States ! He has made more extensive use of the super-plane than any other President.

The real issue here is the disconnect between Barack and Michelle and 99% of Americans and a high comfort level with the 1%. This is not the image Obama or his supporters present to America and the world. In fact both Barack and Michelle have been the beneficiaries of privilege for a long time.

So what I am presenting here in episode 250 as an overview of the entire series as I have in specific ways in the previous 249 episodes and as I will next week in episode 251 which will be my annual Thanksgiving episode is a coherent cohesive critical view of the Obama Presidency.

America right now more than anything else is an Imperial Power in which power and privilege are becoming ever more concentrated and there is nothing taking place to reverse or even halt this trend that ever more favors the 1% and those close to that inner circle.

Seven years of Barack Obama as President has done nothing to address the fundamental issues that face us that are destroying any hope that America will be a better tomorrow for most Americans and a beacon for the world.

This is Barack Obama’s failure chronicled in Obama’s America. And the reason is he did not keep his promises. Barack Obama is a typical politician.