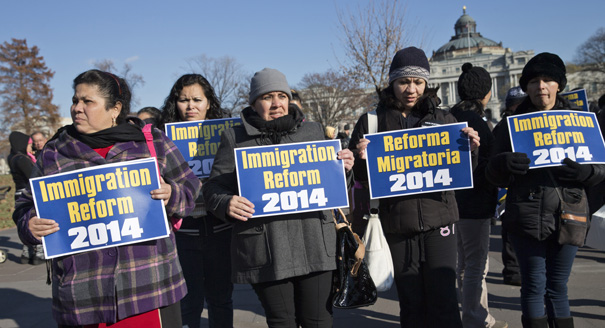 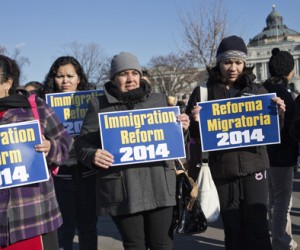 It’s amazing to me that both chambers of the House cannot agree on major issues of interest to Americans who elect them – including immigration reform – but they did manage to pass legislation providing financing for Israel’s Iron Dome antimissile system before they left Washington for the summer break.

Israel’s lobbying power is strong – so strong that it does not matter what the United Nations or the World thinks. U.S. lawmakers will always race to pass anything Israel put before them. Screw immigrants. Who cares about immigration reform? Let’s finance more anti-missile systems to bomb and kills thousands of innocents.

This as we’re hearing from White House senior adviser Dan Pfeiffer that the Departments of Justice and Homeland Security have as yet failed to present you with recommendations on how to move forward administratively on a plan that would help the 11 plus million immigrants who are in limbo and face the daily threat of deportation.

The countdown to the end of summer, the much touted deadline tossed around for executive action on the heels of congressional inaction, is almost here. So what will you do or not do?

As a lame duck President you certainly should make some bold moves to again show us the ‘Yes We Can’ President we elected.

The White House, according to many legal experts, almost certainly could delay indefinitely efforts to deport millions of immigrants already in the U.S. without working papers, and it can give them official work permits that would allow them to legally find jobs, obtain driver’s licenses and pay income taxes.

As Leon Rodriguez, a former Justice Department lawyer and the newly confirmed director for U.S. Citizenship and Immigration Services said recently on Capitol Hill during an oversight hearing for the House Judiciary Committee: “There is prosecutorial discretion which can be exercised in these sorts of situations. In most enforcement realms, generally there is pretty broad discretion.”

Mr. Rodriguez also reiterated the arguments many have made before him to those lawmakers who prefer to vote for Israel over immigration. The reality is that the U.S. government does not have the resources to deport the more than 11 million immigrants living “illegally” in the United States.

Mr. President, you know what the answer is and what those billions in taxes can mean to the U.S. offers. Most of all, we hold you to your word.

You “have to make some tough choices to meet the challenge, with or without Congress.” Let’s not let the summer pass by without making those tough choices for the immigrants who desperately need your help within the borders of this country.