It’s the wreck of the Spanish slave ship Trouvadore that was discovered off East Caicos in the Turks & Caicos Islands. Trouvadore, according to historians at the Turks and Caicos National Museum, was wrecked in a place where slavery was outlawed. Miraculously, the 193 African captives survived and the would-be slaves were rescued and freed by local authorities. Over time the story of the freed Africans and the location of the ship was lost.

In 1993, a chance discovery in a series of letters at the Smithsonian Institution ignited interest in Trouvadore. Since then, the Turks and Caicos National Museum and Ships of Discovery have carried out extensive research in archives in eight countries on three continents to uncover the story of Trouvadore. Research lead to East Caicos where three expeditions were mounted and the remains of a wooden wreck discovered.

It is estimated that there are over 1,000 shipwrecks in the waters surrounding the Turks and Caicos Islands. The Endymion and Molasses Reef Shipwreck have been properly recorded with information at our Museum and on their web site here.

Photo by Donald Keith courtesy of the Turks and Caicos National Museum. 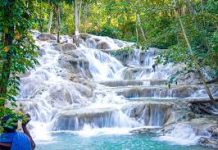 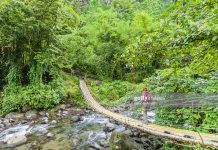 Caribbean Travel Photo Of The Day – St. Vincent and The Grenadines 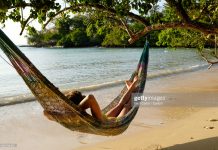 UPS Technology Expands to 20 Countries in Latin America and the Caribbean – MarketWatch...